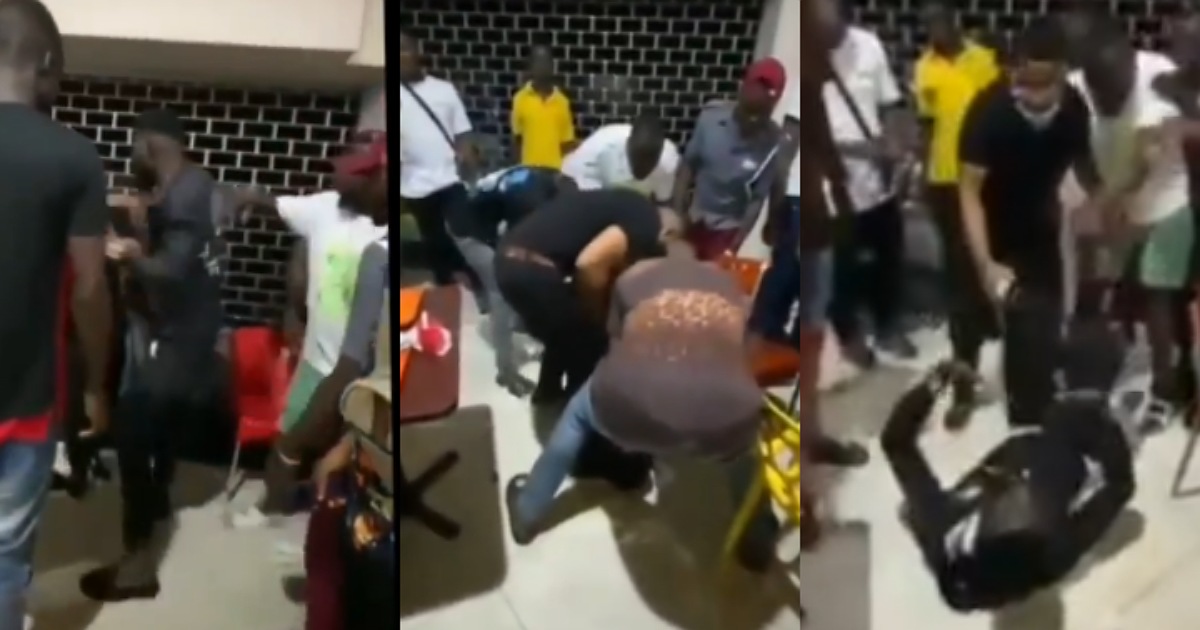 A video making the rounds on social media shows a young man throwing up after being forced to consume a drink.

Reports alleged that the young man po!soned his friend’s drink while his friends went out to pee.

However, eye witnesses caught him putting the substance into the drink and forced him to drink it. He began throwing up after consuming the drink.

Man narrates how he tried to save man whose drink was…

“He injected something in my drink” – Lady…

“Wickedness. So these guys went on a normal outing. The moment his friend went to pee, he immediately po!soned his friend’s drink. Thank God people around noticed it. That’s how they gathered up and forced him to take the drink he po!soned”.

Why I only show off my sixth wife, Regina Daniels – Ned Nwoko spills