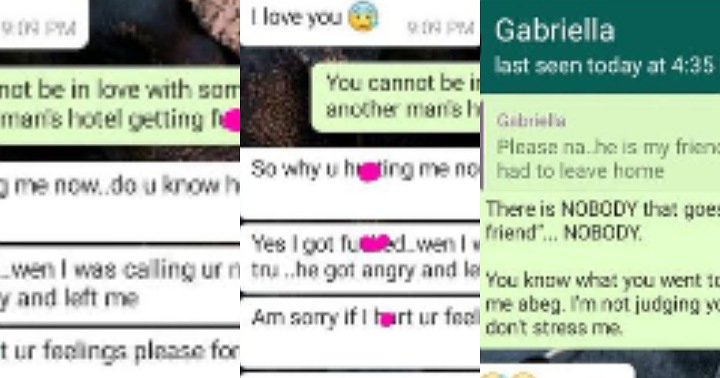 A man has shared his chat with girlfriend after he confronted her for cheating on him with another man.

In the chat going viral on social media, the boyfriend lamented over the fact that his girlfriend spend time at a hotel with another man.

The girlfriend identified as Gabriella initially tried to cover up and let the matter slide, but her boyfriend was persistent.

She later admitted to sleeping with her side boo at the hotel, but she added that she was screaming his name while they were in action.

“Yes I got f*cked. When I was calling your name all through, he got angry and left. Am sorry if I hurt your feelings please forgive me. I don’t even know what I’m doing. I’m sorry”, she wrote. 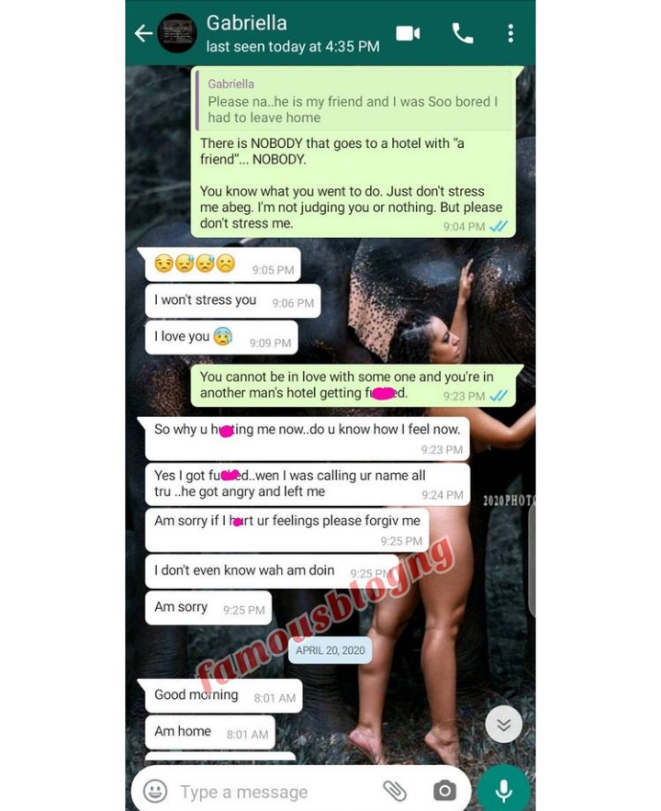