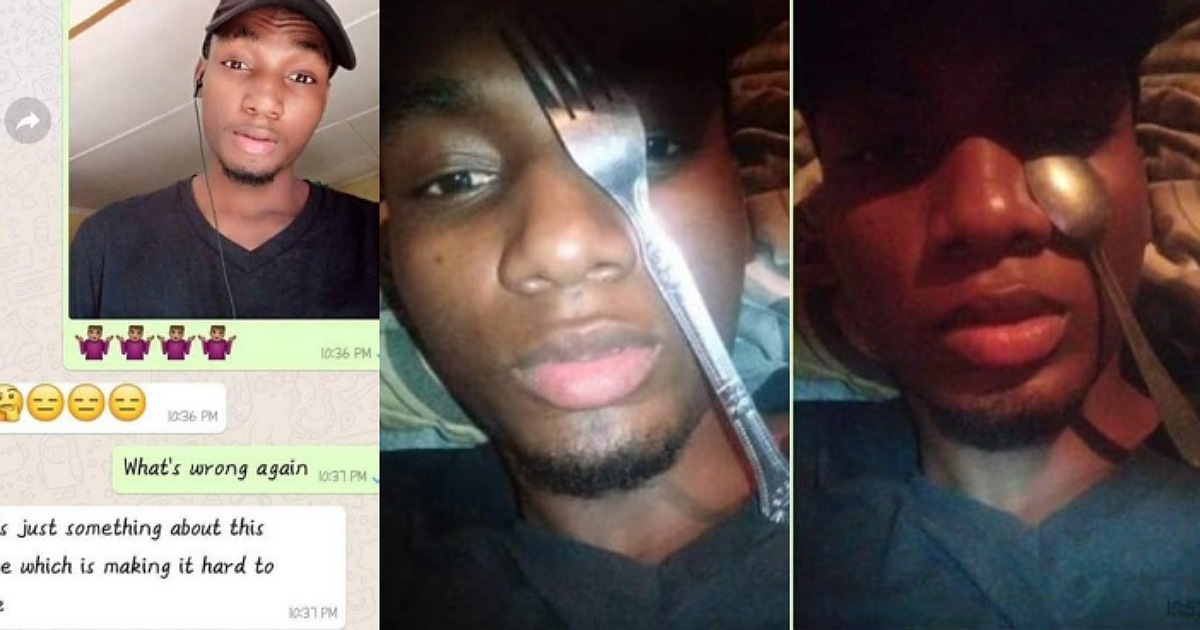 A Nigerian man has shared his chat with suspicious girlfriend who asked him to place a spoon on his head and send her the photo.

It was noticed from their chat that the girlfriend made several requests to know the whereabouts of her boyfriend since they weren’t in close proximity.

She even went further to ask him to engage in a hilarious stunt just to prove to her that he was not lying.

From what was seen, the girlfriend told her lover to forward an image of himself, simply because she heard voices of some girls at the background when she called ab initio.

The boyfriend, who complied with immediate effect, forwarded his picture of him being at home, explaining that the voices his girlfriend heard were the voices of his sisters.

But still not convinced, the girlfriend demanded that he takes a photo with a “short spoon” she knows he has in his home so that she can believe he is truly at home, and the lover boy responded positively to calm her nerves.

Irked by this, the boyfriend chided his girlfriend, stating that he is tired of her insecurities.

He said, “Listen you can’t wake me up this time around 10PM and start making me do madness, I have tolerated your insecurities and now it’s enough.

“Tomorrow you will tell me to take a picture with my landlady just to prove that I’m at home.”

Nothing wey my mama no go send – Singer, Orezi laments as he shares WhatsApp Message from his mom