Man who saw Charles Okocha’s crazy side after taking his alleged daughter out, speaks (Video) 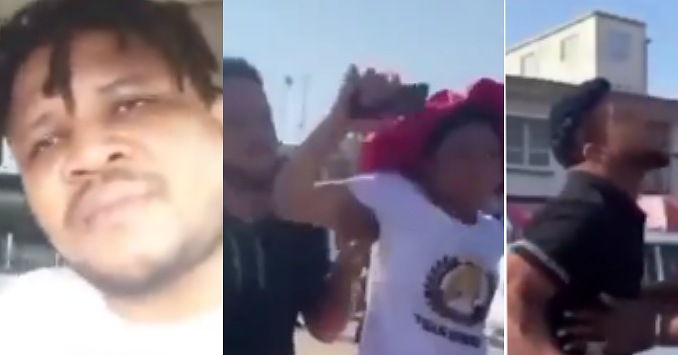 A Nigerian man who witnessed Charles Okocha’s crazy side after taking his alleged daughter out, has reacted to the incident.

Hours ago, a video surfaced on social media, showing the moment Charles Okocha shattered a guy’s car glass for allegedly taking his daughter out in his car.

Reacting to this, the guy identified as Osam said he never expected that kind of intense action from his friend, Charles Okocha.

Tuface reacts after his family announced his babymama as…

According to him, he respects Charles Okocha and could not fight him back.

“Broken heart 💔💔💔 I’m still in shock Boss @charles_okocha I never expected things to go this way. I respect you a lot. Boss you knew that I can’t fight you back.”

Watch video of Charles Okocha below;

Lady who said she can’t date a man who doesn’t have a car, dragged mercilessly after being spotted on an ‘okada’