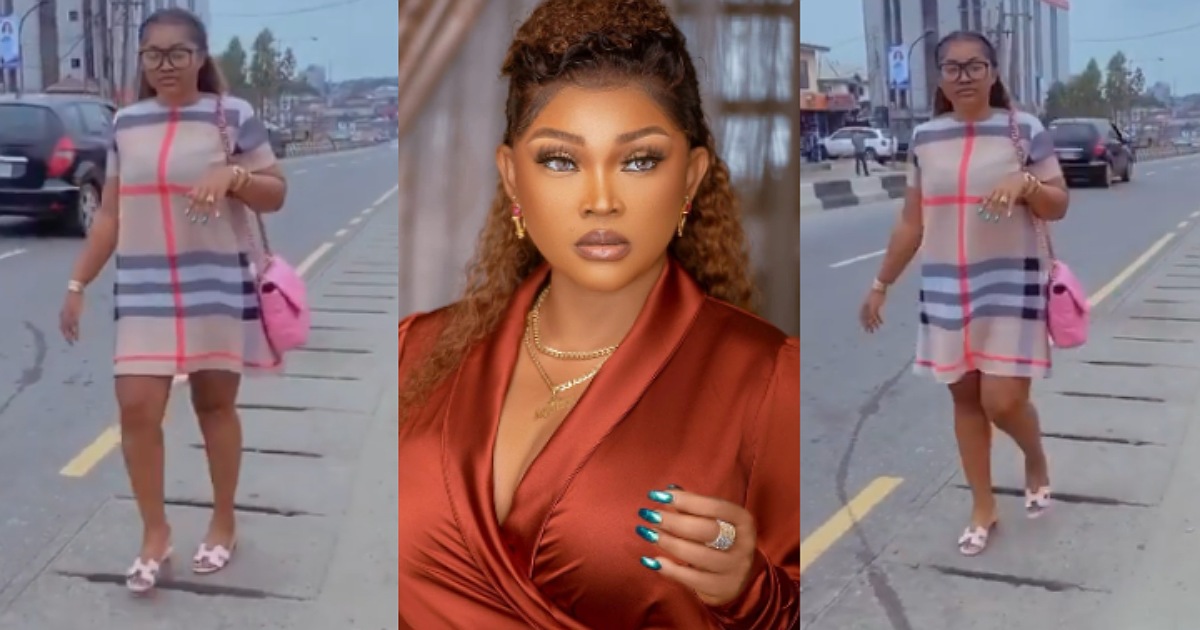 Nollywood Actress, Mercy Aigbe is in the news after posting a video of herself walking majestically on the streets of Lagos without a company.

Mercy, in the video, was spotted journeying on foot to an undisclosed location somewhere in Lagos.

She stated that she decided to trek because her man complains that she hardly goes on a walk.

She further went on to pre-inform her fans in the viral video that they should expect her on their streets too, as she might just appear from out of the blues.

“Mr. D’owner is always going on about how hardly I take walks! So here it is Mercy on the streets of Lagos. Watch out for me, I might be in your streets soon,” she wrote.

Mercy, however, did not officially reveal the identity of her new man to her fans, bearing in mind that her followers know that she ended her marriage with Mr. Lanre Gentry.