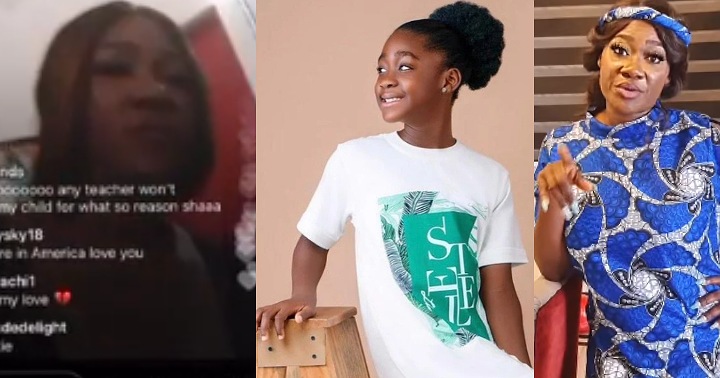 Award winning Nigerian actress, Mercy Johnson Okojie has debunked viral claim that she and her husband brought bodyguards to beat up head teacher in her daughter’s school.

This is coming after the actress lamented over a teacher’s hatred and constant bullying towards her daughter, Purity. Mercy Johnson also claimed that the teacher in question told Purity that she hates her mother.

Reacting to the claim, a lady identified as Nancy Chidera claimed that Mercy Johnson had reported to her husband who in turn invited bodyguards to beat up the head teacher.

“Before you have children, reason am well well”…

Mercy Johnson, however, in a live video questioned the staff of the school including the headteacher if she ever brought thugs or fought at the school as claimed, and they all said no.