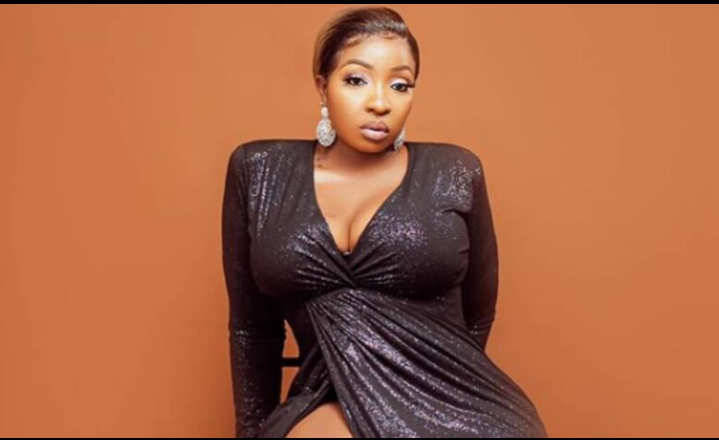 Nollywood actress, Anita Joseph has replied a troll who prophesied that her marriage with her husband will be ‘cast soon’.

The actress who is happily married to MC Fish is fond of posting lovely moments with her husband on social media. Anita who usually posts photos and videos of her and man recently dropped a video of herself and MC Fish having a personal discussion about her ex.

In the video she shared, she described her husband as her ‘present and future and also asked him to calm down following his disagreement with her ex seeing her.

“Never be too quick to leave your marriage because your…

“Never be too quick to leave your marriage because your…

“My present and my future be calming down”, she wrote.

However, a fan took to her comment section to warn her that her marriage will be cast soon.

Anita however didn’t mince in giving the troll a suitable reply. She bind the troll in “Jesus name and also stated that the negative comment is for the troll.

Her words: “Come out from here in Jesus name, cast bend your moth there all you people are eager to hear is bad news tufiakwa, may it be yours and your sister’s portion Amen”. She wrote.

My Mum Hates It So Much, Whenever I Say I Am Never Getting Married – Burnaboy