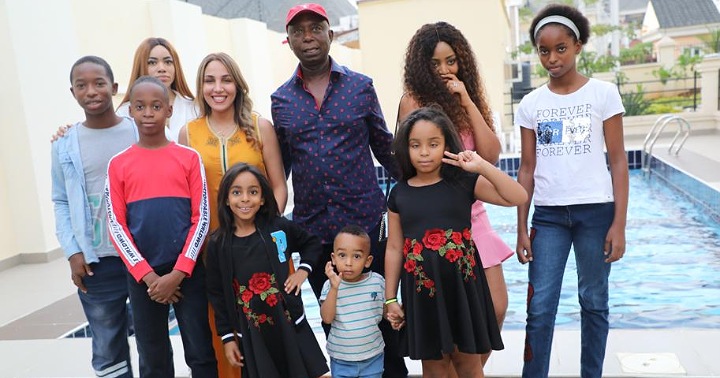 Billionaire socialite, Ned Nwoko, has slammed a troll who was nosy about how he is only having a splendid time with his wife, Regina and son, Munir.

Ned had taken to his Instagram page to bash the troll who told him to strike a balance in the billionaire’s comment section, after Ned shared a picture of him with Regina and Munir.

The troll wrote, “How about your wife and your other kids!!! strike a balance sir”

Regina Daniels reacts after an app predicted that she would…

Reacting, Ned noted that, “They were on holidays in London for the summer holidays. If you have kids you will know that schools are currently in session.”

Ned, as of late, has been spotted with his wife and son having a splendid time together as a family overseas.

The news of their presence outside the shores of Nigeria was first announced by Regina Daniels on her Instagram page.

Regina had noted that her husband took her son and her on a birthday trip abroad to celebrate her birthday.

She equally made it known that they went on a religious voyage, as she got to learn about the Arab Israeli crisis and got to see the sacred ground where Jesus Christ was baptised.

The movie star described the trip as a thrilling experience because of the fun time she had with her husband and son.