New graduate embarrasses boyfriend in public, rejects his proposal and flings away the ring (Video) 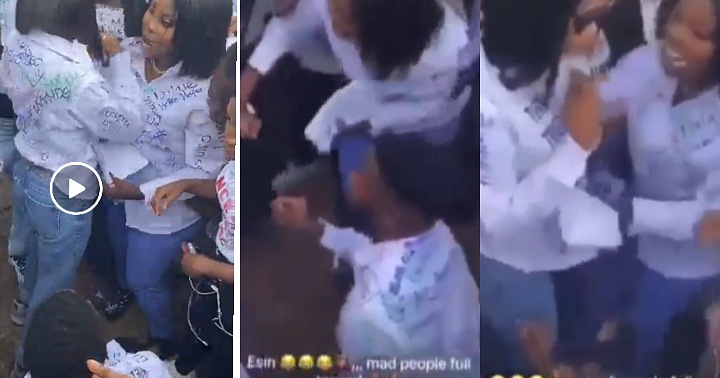 A video making the rounds on social media has shown the moment a lady rejected her boyfriend’s proposal in school.

Reports gathered that the new graduates were celebrating after writing their final papers.

The students who wore with their white shirts which was already stained with ink marks as usual, became more excited after one of them got on his knees to propose to his lover.

However, the lady said no to his proposal with a resounding No and also went ahead to drag the ring out of his hands, and flinged it away.

The video has sparked mixed reactions on social media with majority of Nigerians dragging the lady for embarrassing him in such manner.

After four years, nurse gives her boyfriend 3-month ultimatum to propose to her