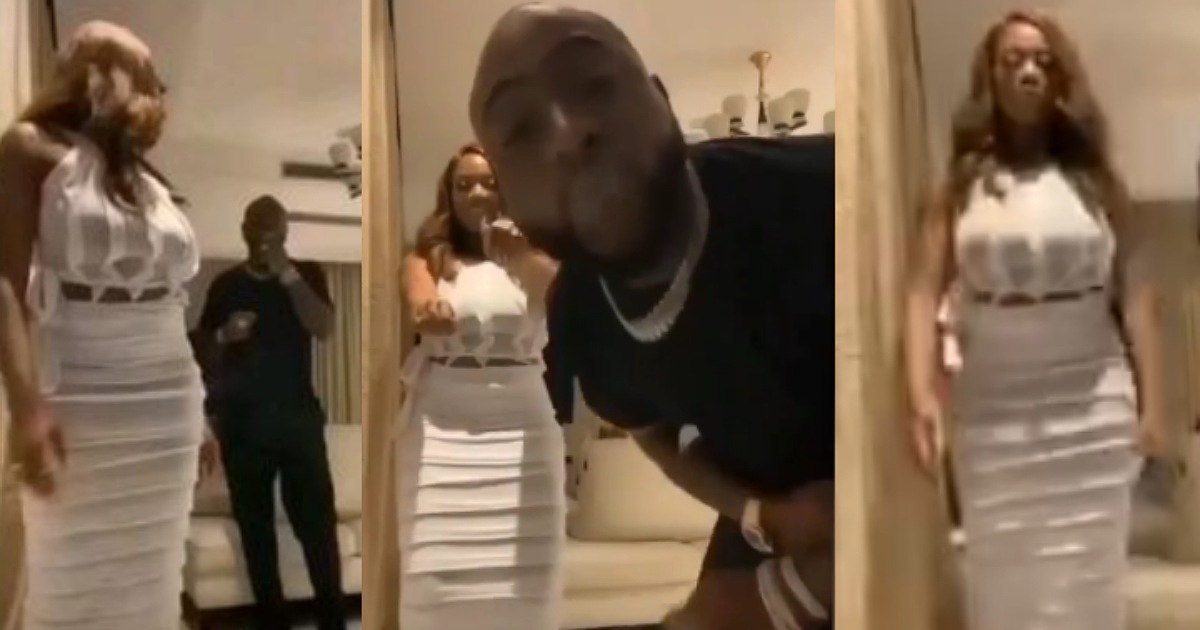 Popular Nigerian singer, Davido has been spotted with former BBNaija Shine Ya Eye finalist, Angel dancing at a lounge.

The duo were seen grooving to a hip-hop music playing in the background in a video that broke the internet.

In the video, Davido vibed to the song with smoke puffing from his mouth, while Angel kept it smooth as she enjoyed the song in a stunning white up and down long fitted dress.

The video, however, has generated a lot of mixed reactions online as many poured encomiums on her, noting that her meet with Davido is just a tip of the iceberg.

This development is coming after Angel had the honor and privilege of meeting a powerful billionaire businessman, Obi Cubana, since coming outside of the house.

Angel, during her stay on the show, was known to be one of the most controversial ex-housemates..