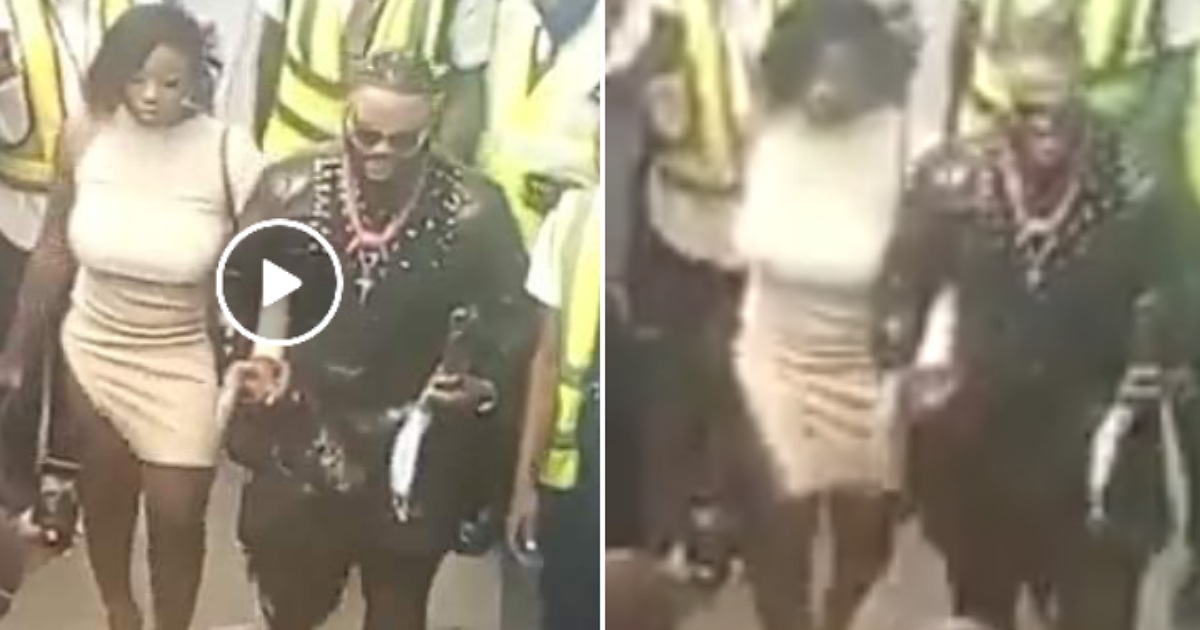 Winner of Big Brother Shine Ya Eye season, Hazel Oyeze, fondly known as Whitemoney, was spotted over the weekend, holding the hands of fellow housemate, Angel like his daughter.

In a viral video, the reality TV stars were seen walking out from an undisclosed location as Whitemoney held her hands tightly.

It wouldn’t be the first nor the second time that we have seen Whitemoney showing genuine care to his housemate.

During Whitemoney’s stay on the show he was often called by some housemates as a father figure.

As a matter of fact, his closest friend in the house, Queen, recently described him as a husband material for his caring and loving nature.

This comes after Whitemoney gifted a pair of panda shoes to BBNaija star, Cross over the weekend to fulfill his promise made to him on the show.

Saskay goes emotional as she mourns her mother