“No peace for the wicked” – Cubana Chiefpriest drags Maria again 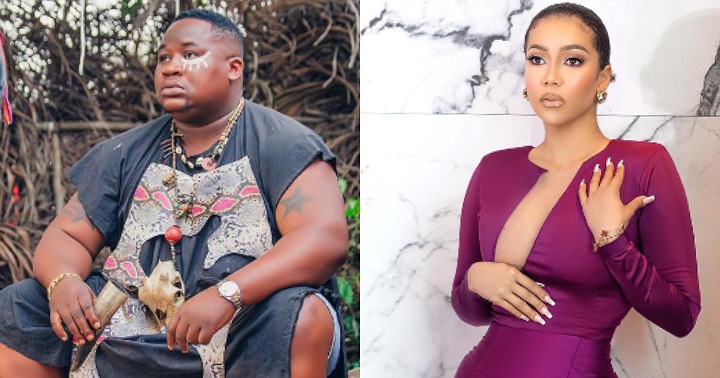 This comes after Chiefpriest called out Maria for threatening his sister after stealing her husband and flaunting his wealth.

Hi sphone number also got leaked on social media amid the saga with Maria.

Cubana Chiefpriest shared a shrine-themed photo of himself while leaving a strong note in Igbo dialect, staying that there is no peace for the wicked.

If I was living abroad, I would have turned to a dog cause I’m too loose – Bobrisky

Singer Davido and Chioma reunites, as they meet in church for son’s dedication