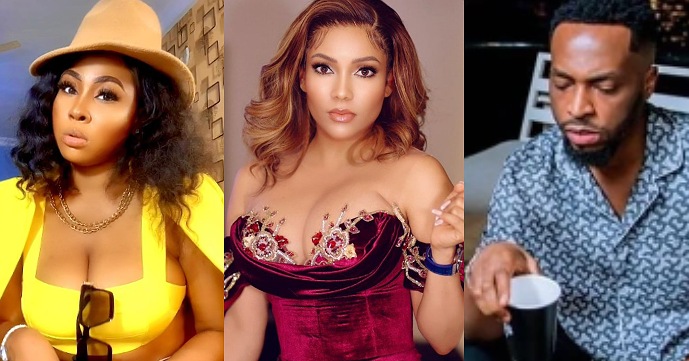 Recall, during the late hours of yesterday, Cubana Chiefpriest called out Maria for allegedly snatching his sister’s husband and sending her threat messages. 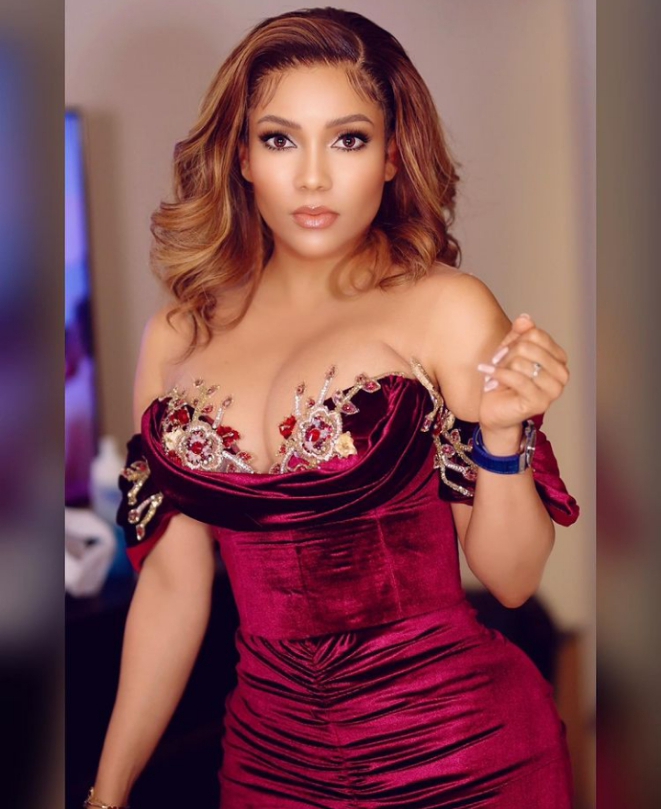 However reacting to this, Nnaji tackled those blaming Maria, and asked them to focus their anger on the man instead.

According to her, how a man presents his family to his sidechick determines the level of respect the sidechick will have for him and his family.

“Nobody should blame Maria. How you present your wife and family in front of your sidechick matters a lot. If you keep presenting them like grass, goat will eat them up”. 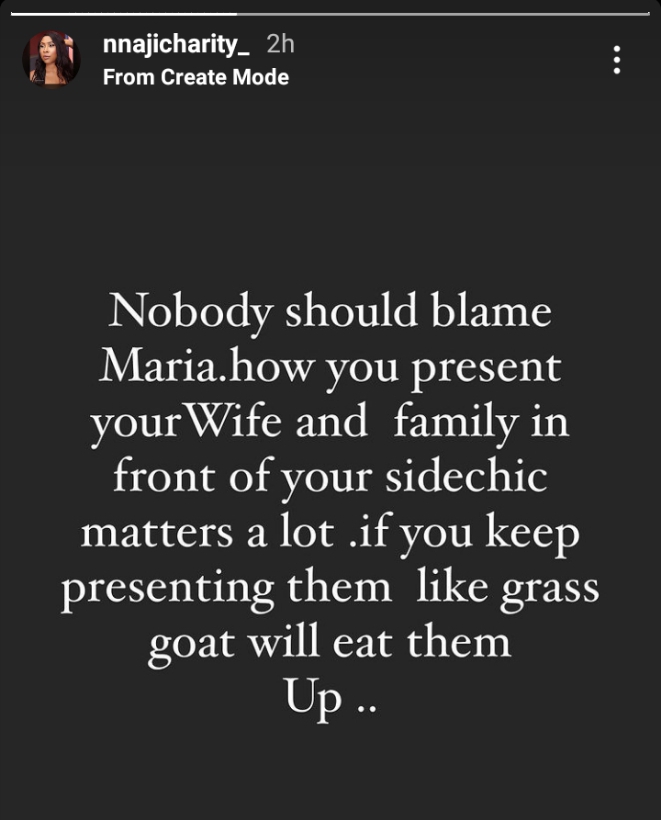