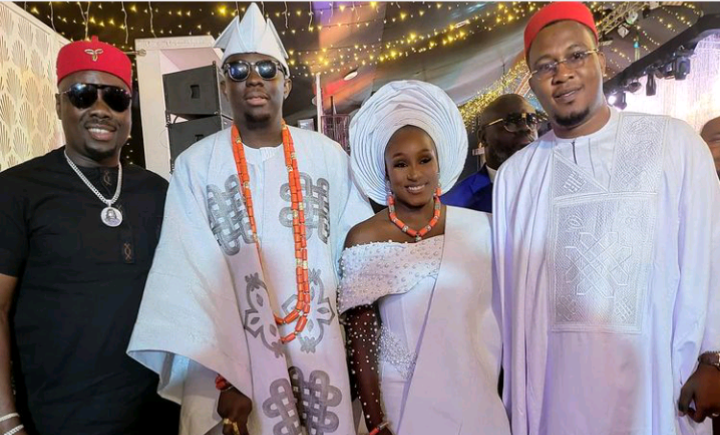 Billionaire businessman, Obi Cubana is known for flaunting his money and he didn’t fall short at his manager’s wedding.

The wealthy night club owner attended his Manager’s wedding on Saturday, 30th October 2021, and made sure to be spray money on him and his wife.

In a video shared by the businessman on his Instastory, Obi Cubana was captured taking money from a black bag and spraying on his manager and his wife.

Lady cancels wedding because fiancé wanted her to stop…

The businessman after spraying the first round of money on his manager, went for more money from his middleman who held his money bag for him.

Cubana who never cease to show his financial capability in any social gathering he finds himself,  sprayed a lot of money on his staff and his adorable wife.