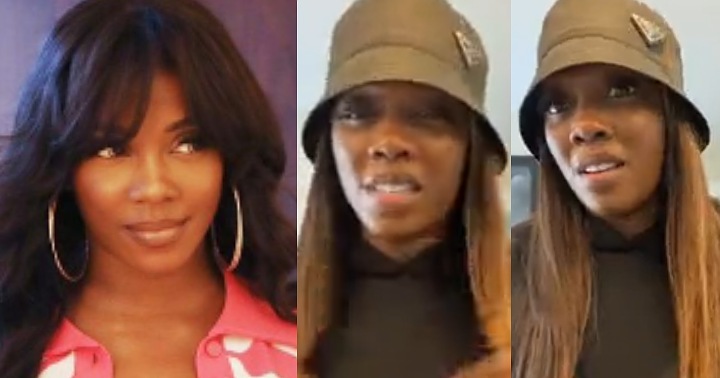 Amid her current tape scandal on social media, the singer took to her Instagram page minutes ago, to share a video of herself vibing to her new song.

This is coming shortly after Tiwa’s tape was allegedly leaked online by a man identified as Abolo.

“You will forever be the best boss in the world”…

Reports alleged that Tiwa Savage and her crew were flown to Ghana by Abolo under the guise of celebrating her album’s holiday party around the period of the passing of Davido’s crew member, Obama DMW.

Abolo who is said to be a father of two had the singer to himself behind the curtains and made the tape while in action with the mother of one.