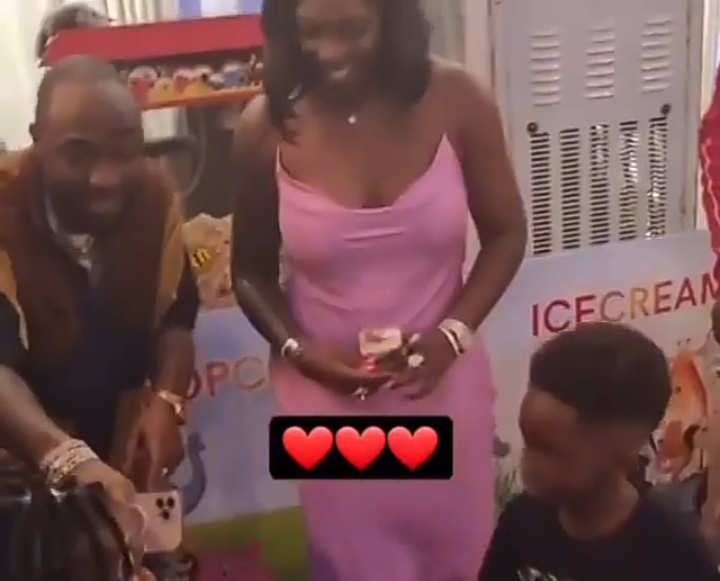 Davido and Chioma threw an elaborate birthday party for their son Ifeanyi, which brought the two together after their earlier break up.

Tiwa amidst her leaked sextape drama attended the party in grand style. Despite the mixed reactions her sex scandal generated online, Tiwa Savage does not seem to be moved as she was spotted stepping out and partying for the first time amidst the scandal.

She attended Ifeanyi’s 2nd birthday party. Tiwa was spotted in a video making rounds online, spraying the boy foreign currencies as she celebrated with him.

During the party, her son, Jamil and Davido’s daughter, Imade also displayed their dancing skills as they danced to Tiwa Savage’s ‘Koroba’ song.

While they were dancing Tiwa Savage sprayed foreign currency on the kids and also joined them in dancing.

Charly Boy’s lesbian daughter, Dewy reveals how she and her partner plan to have kids