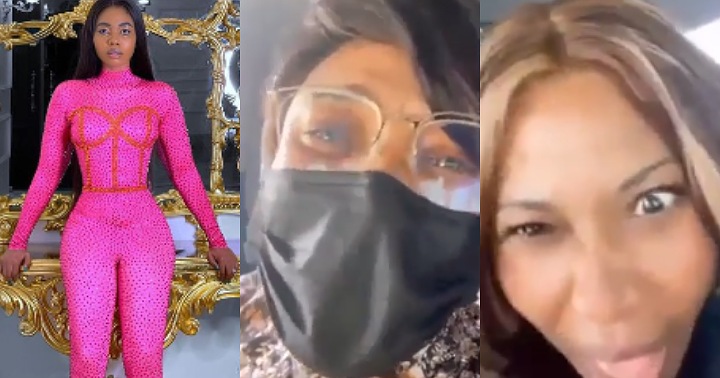 This comes shortly after an audio tape of Prince Kpokpogri exposing his affairs with the dancer, surfaced.

Recall, weeks ago, Tonto called out Janemena over an affair with her ex-lover, Prince Kpokpogri, despite being married.

However, fans dragged Tonto for trying to involve Janemena in her relationship problem with Kpokpogri.

Reacting to this, Tonto Dikeh, in a recent video dragged trolls blaming her for being the reason behind Jane’s shaky marriage.

“I never fccked anybody over that didn’t see it coming; all I have in this world is my balls and my words, and I’ll use it till I die,”