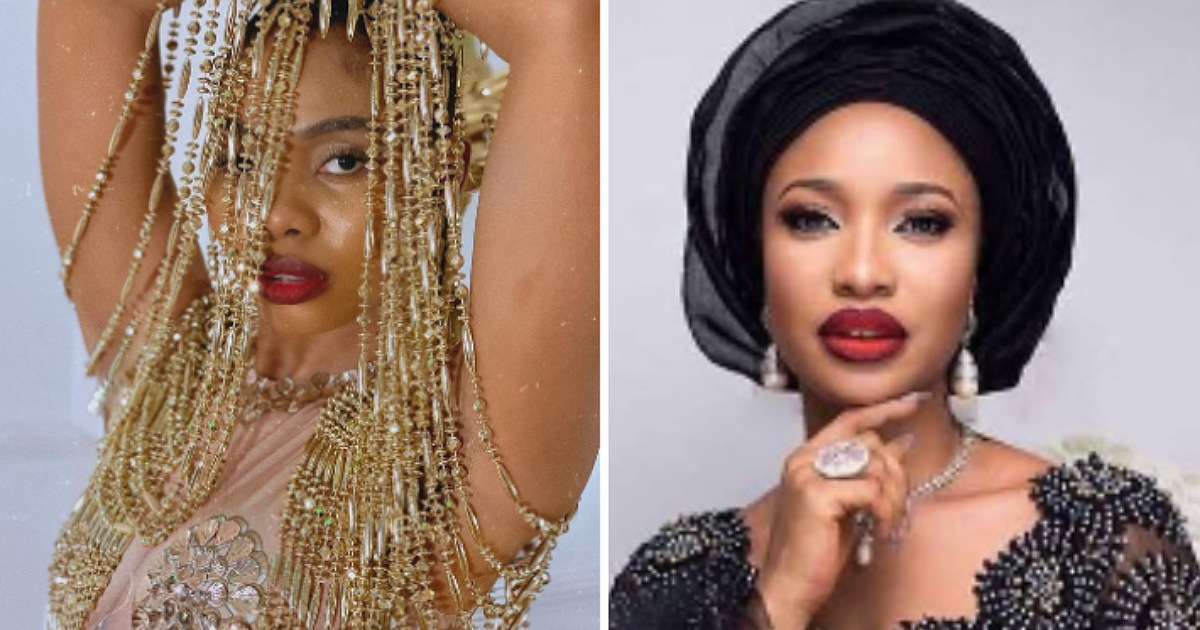 Tonto Dikeh has reacted after dancer and influencer, Jane Orezimena, better known as Janemena, dared her to release the sex tapes she claims to be in possession of.

We had earlier reported that the Nollywood actress claimed last month that her ex-lover, Joseph Egbri aka Prince Kpokpogri, had a sex tape of Janemena who is married.

But Janemena had claimed that due to Dikeh’s allegation and how it left her traumatised, she suffered a miscarriage, losing her one-month pregnancy.

In retaliation, Janemena sent a letter to Dikeh, demanding the sum of N500m for alleged libel because Tonto claimed on social media that Janemena has a sex tape.

Equally, the dancer wrote a petition to the Office of the Inspector-General of Police demanding an investigation of criminal libel against Dikeh.

In response, Dikeh stated that Janemena came to beg her behind the scene so that she can save her marriage, only for her to pull a suprise by petitioning her.

Tonto Dikeh said on Instagram page on Tuesday that, “If I say your sex tape exist, I say it again and again, child. You can’t be begging me behind the scenes to save your marriage and begging to see me for an appointment to explain yourself and then come with a petition.

“I’m not as dumb as your boyfriend so I wouldn’t be releasing your tape nor your call a week ago. See you in COURT.”

Responding to Dikeh’s latest post, Janemena took to her Instagram story to dismiss Tonto’s claims that she never begged the actress, daring Dikeh to post the said sex tape and call recordings.

Janemena wrote, “Miss Tonto Dikeh Wigo Charity, Mrs Janemena speaking. We never called to beg you or for you to save my marriage…. (ask people around who really know me and my husband).

“At least, try to save yourself first. I don’t even have your number in the first place nor have I met you in person before. I never spoke to you at all.

“Miss Tonto Dike Charity Wigo, I want you to post the recordings on this social media platform. I’m giving you that authority just Incase you think it’s illegal to post recordings.

“I want everybody to hear me and my brother talking to your friend and not you, because they recorded the conversations.

“I and my brother @aruaba_anthony spoke to a friend of yours called Mrs Doris where we told her very calmly that we wanted an audience with you so you could retract your misleading information where you tagged me and then apologize publicly as you know none of what you stated on your Instagram post ever happened.

“But Mrs Doris insisted and vowed with her life that you don’t tell lies and she also promised to try to reach out to you to see if a meeting can be organized and that was the end of the conversation.” 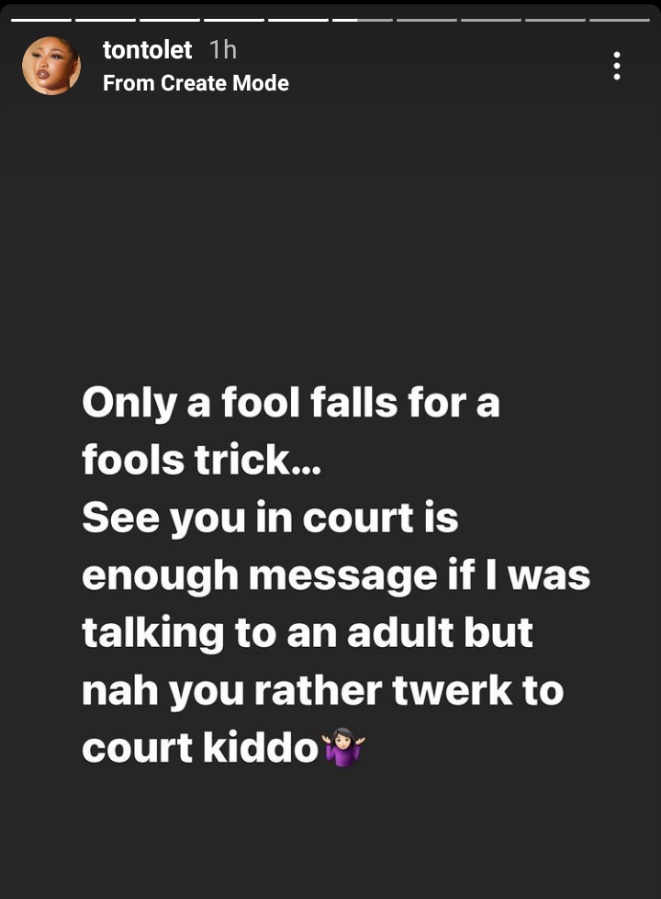