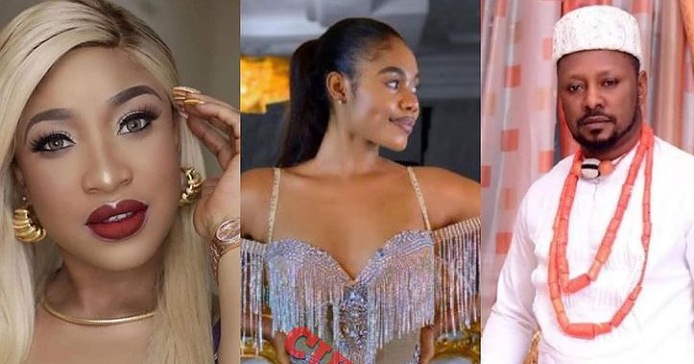 A Nigerian lady has sparked controversy on social media after stating her opinion about the ongoing saga between Tonto Dikeh, Janemena and Kpokpogri.

Recall, the three personalities started trending after Tonto Dikeh made a public post, alleging that Kpokpogri has Janemena’s sex tapes.

Following the announcement, Janemena got pissed and sued Tonto Dikeh to court for defamation, while claiming that she never had any intimate affair with Kpokpogri.

However, days later, an audio recording surfaced where Kpokpogri confessed to sleeping with Jane on several occasions.

Reacting to this, a lady identified as @Ffaxie on Twitter blamed Tonto for calling out Jane in the first place, adding that she is not a good person and that’s why she hasn’t found peace.

“That thing Tonto did to Jane is why the Tonto herself hasn’t found peace. She’s not a good person at all”, the lady wrote.