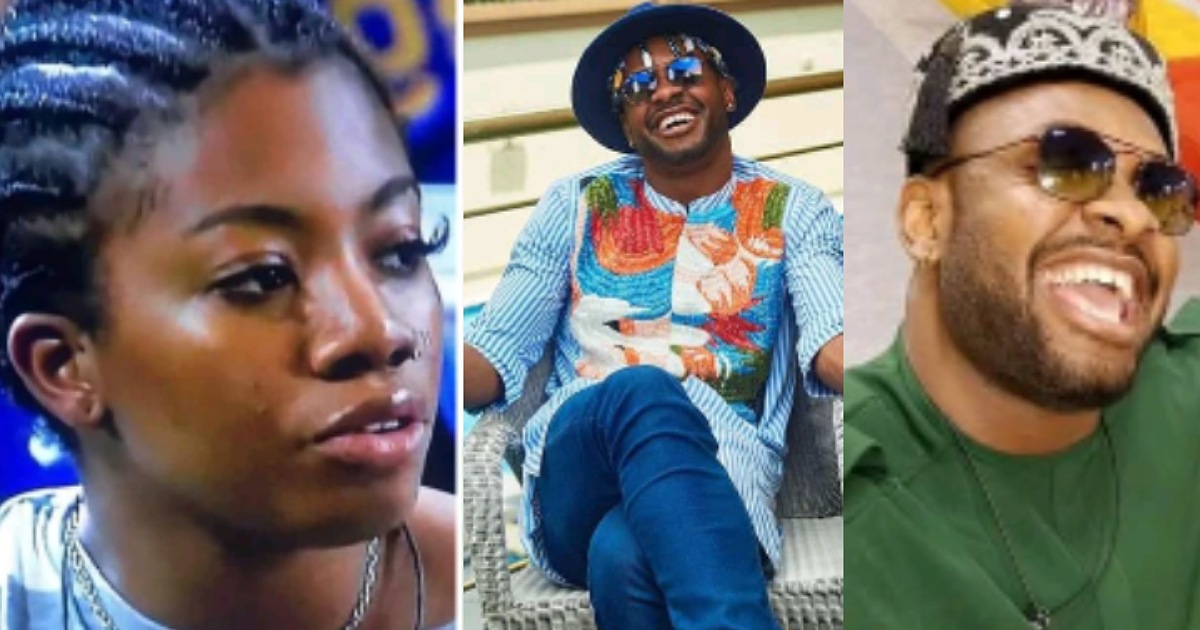 BBNaija finalist, Angel, has disclosed why she was upset with Cross and stopped talking to him after she came out of the show.

Recall, Angel and Cross were very close to each other in the house and towards the end of the show, they even shared romantic moments which made fans believe they might get into a relationship.

However, in the final week of the show, they stopped talking to each other and behaved like total strangers. They ignored themselves and acted like they were enemies.

During an interview with media personality, Toke Makinwa, Angel disclosed why she distanced herself from Cross during the last week of the show, and why she stopped talking to him after she came out.

Angel explained that during the last week in the house, she stopped talking to Cross because of a bet Cross placed, and she followed it.

Speaking further, she added that what escalated the issue between them was after she came out of the show, her dad showed her a video clip of Cross gossiping about her issues with Pere and Whitemoney.

According to Angel, they were bashing her, saying all manner of things about her and it provoked her. She said that all through her stay, there was never a day she talked bad about Cross with another housemate. She said it got to her so bad and she felt betrayed.

Cross, in his defence, said everything she watched in the video, he had already said it to her face so he didn’t get why she was upset with him.

Emmanuel reveals he is truly in love with Liquorose