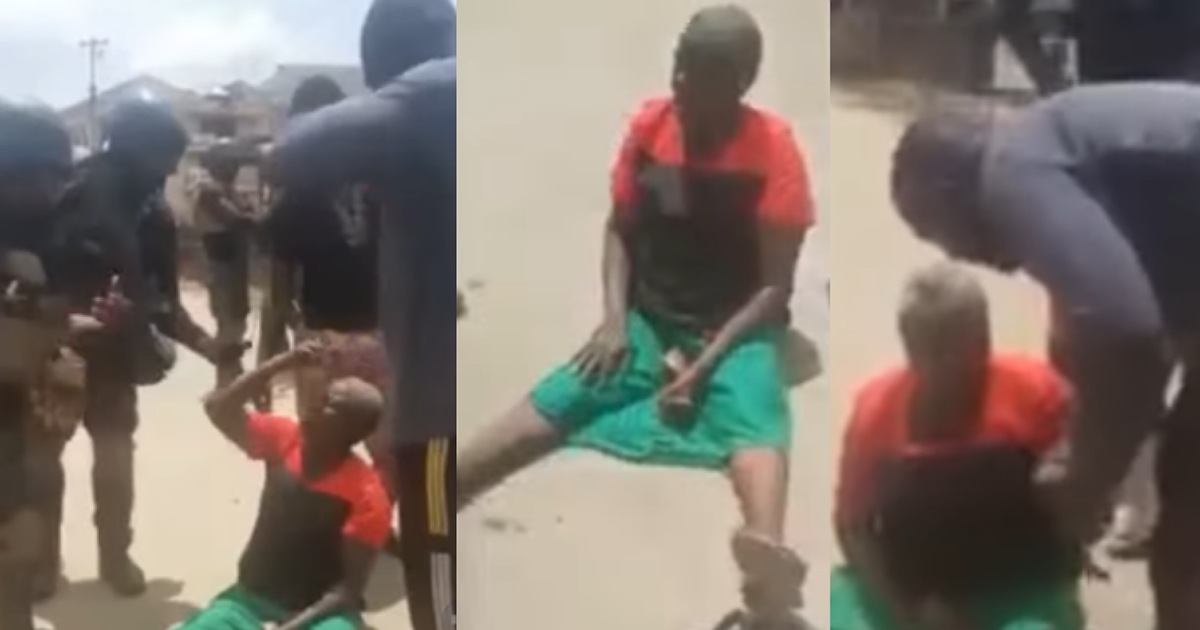 An elderly woman has pushed back at security operatives trying to arrest her for wearing a Biafran outfit.

A video that surfaced online revealed the old woman was seated on the floor to forestall the security operatives from whisking her away.

While expressing her constitutional rights, she said that the security operatives told her “unimaginable” things, noting that they were “foreigners.”

After 10 years of waiting, woman dies on Christmas day, two…

The agitated old woman went on to further ask the security operatives why they were asking her to leave her land since they are not Biafrans.

In the viral video, she equally mentioned that one of them threatened to manhandle her if she didn’t cooperate with them.

This is coming few days after veteran Nollywood actor, Chinwetalu Agu, was arrested by the Nigerian Army at Onitsha in Anambra State for wearing a Biafran outfit, though he regained his freedom yesterday.

“Hubby be giving me butterflies, I just had to post it” – Regina Daniels blushes as she shares chat with Ned Nwoko