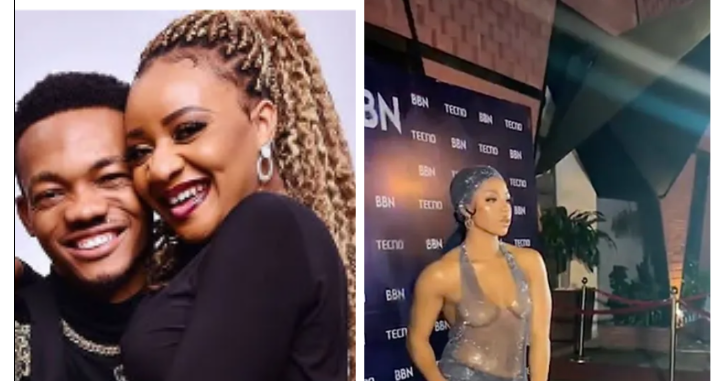 Recall Liquorose had rocked a see-through outfit to a fashion show which earned her a lot of criticism from social media users.

Amidst the criticism, a celebrity, Dr. Cherry condemned her outfit. Dr Cherry pleaded with celebrities to stop appearing nude all in the name of fashion.

Lady who was allegedly seen last with her boyfriend, found…

Her words: “Why do #BBNaija fans support rubbish and are always hypocritical in their judgement?🙄 What was #Liquorose wearing in the name of fashion in an African setting? I luv her but that outfit was a no no even for an exposed mind like myself…Plz let’s stop these #nudity for kids sake,” she tweeted.

Reacting to this, her ex-boyfriend, Michael, who was also an housemate during Ultimate Love tv series, has slammed her for criticizing Liquorose’ outfit.

According to him Cherry also dressed indecently during the Ultimate Love show and should not condemn Liquorose.

He stated that he corrected during the show for her indecent dressing but she took offence. He described her behavior as double standard.