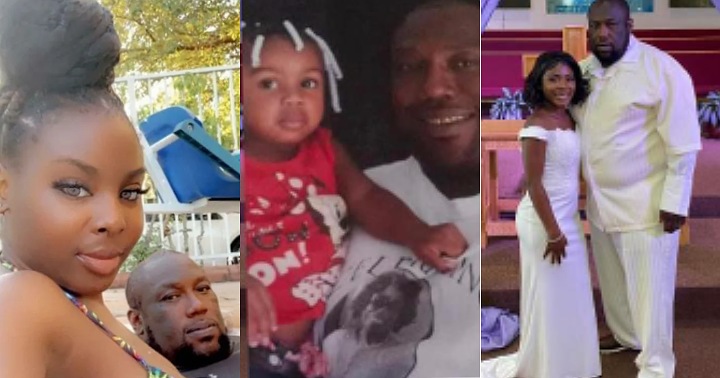 An 18-year-old lady who married her 61-year-old godfather has slammed those criticizing her marriage to him.

Reports gathered that the lady identified as Deja married her godfather, Michael Haugabook a father of three shortly after she clocked 18.

Michael has reportedly been a part of Deja’s life right from when she was born. A photo of him carrying Deja when she was a toddler was shared on social media.

Citizens also dug up an old post of Michael begging people on Facebook to help find his goddaughter when she went missing at age 14.

However, Deja’s mum who is said to have also dated Michael before, reacting to her daughter’s marriage to her godfather rebuked the union.

According to Davina Evans, Michael’s children, who used to see Deja as their cousin and Godsister are now confused and don’t know whether to call her their cousin, their Godsister, or their stepmother.

She noted that she’s 18 and old enough to make her decision, hence, it was her decision to marry an older man because younger men don’t know what they want and they go from one woman to another.

Lady who said she can’t date a man who doesn’t have a car, dragged mercilessly after being spotted on an ‘okada’