Nigerian mum register her displeasure after her son become a crossdresser 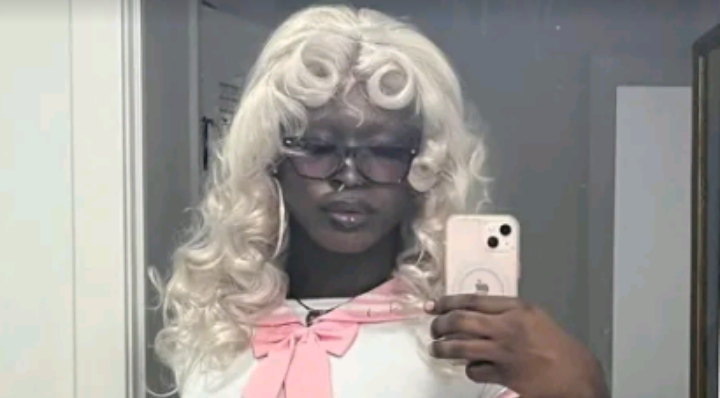 A Nigerian crossdresser has shared his mother’s reactions after she discovered he is a crossdresser.

The man stated that his mother was unhappy after he used a photo of him dressed like a girl as his display picture on WhatsApp.

The young man who is based in the US shared his before and after photos. In the photo, the young man was dressed in a female outfits, blonde wigs with two nose rings, necklace and makeup face.

His mum who was not pleased with his outfit pleaded with him to change and stop cross dressing.

She also sent him old pictures of himself before he started crossdressing. From the chat which he shared it shows that he was angry with his mum, who eventually prayed for God to change him.

Read their chat below:

“My sister is living my dream” – Laura Ikeji says, as she shows off Linda’s wristwatch worth #19 Million