BB Naija: Married people should not be allowed on the show – Whitemoney reacts to Boma and Tega Saga 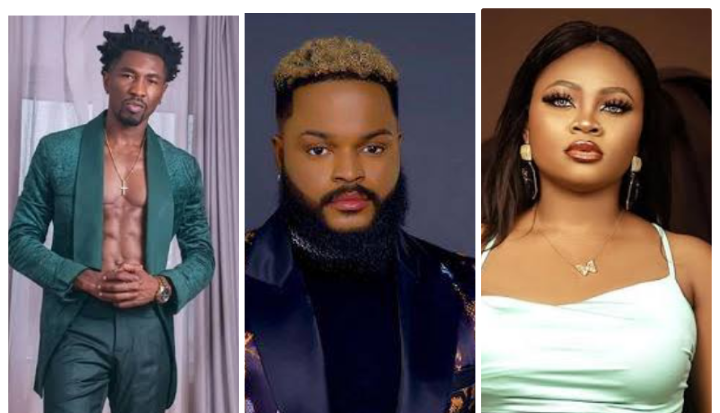 The winner of Big Brother Naija season 6,  WhiteMoney, have advised the organizers of the show not to allow married people on the show.

Whitemoney said this in relation to the intimacy between Boma and Tega, a married lady during the show.

You have no worth – Shade Ladipo slams Mercy Aigbe…

Whitemoney said this during an interview with Media Room Hub. He stated that the show is a big platform that brings fame to housemates.

His response: “I think that is right because you don’t want to be the platform that is known for breaking homes, you want to be a platform that uphold integrity and if you watch the history of Big Brother Naija from mercy’s time, you see it is always from street to fame, so you will want to maintain that pace, you don’t want to have scandal, for me if they ask me, I would say they should scrap out married people”.

He thanked the organizers of the show for making him a star and pleaded with the show organizers to scrap married people from the show.

“Big Brother you know I love you so much, you made me a star, anything I tell you to do for me, you always do it, Biggie do just one thing for me which is to scrap out married people from the show for the sake of the platform, like this year people said Big Brother taught them a lot of things, I have a lot of elderly people who watches Big Brother Naija this year and it happened that they said it was because of me they watched it, they saw house mates who are co-existing without being toxic.”

“Scrap out married people because not every person are discipline to resist beautiful ladies, sexy women for more than two month. Till today Boma and Tega are still being dragged, it might die down today but it can never be erased, If he or she tries to contest for anything, this issue will resurface, the disadvantage is bigger than the advantage, that was one of the reason I avoided most things in the house”, he said.