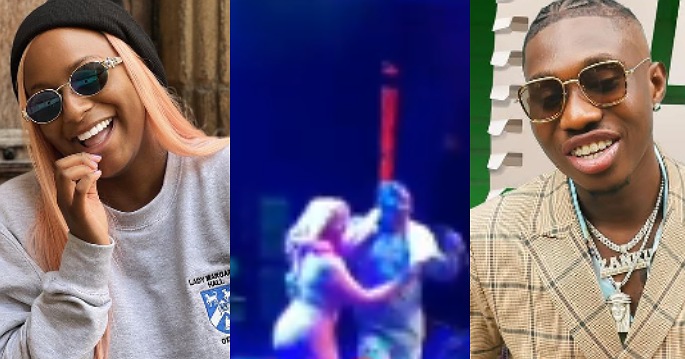 Recall, the duo have been beefing each other ever since their hit song #Gelato, was released.

According to some sources, DJ Cuppy failed to recognize Zlatan after the song became a hit, and began making waves on social media.

It was also gathered that the disc jockey did not also recognize Zlatan at her own concert.

Since then, Zlatan Ibile has reportedly been avoiding her, till today when she decided to surprise him at his Concert in O2 Arena.

Right now, it’s safe to say the Gelato singers are officially back together after months of beefing each other.

“My friends misled me” – Estranged Queen of Alaafin of Oyo, begs for forgiveness after leaving the palace