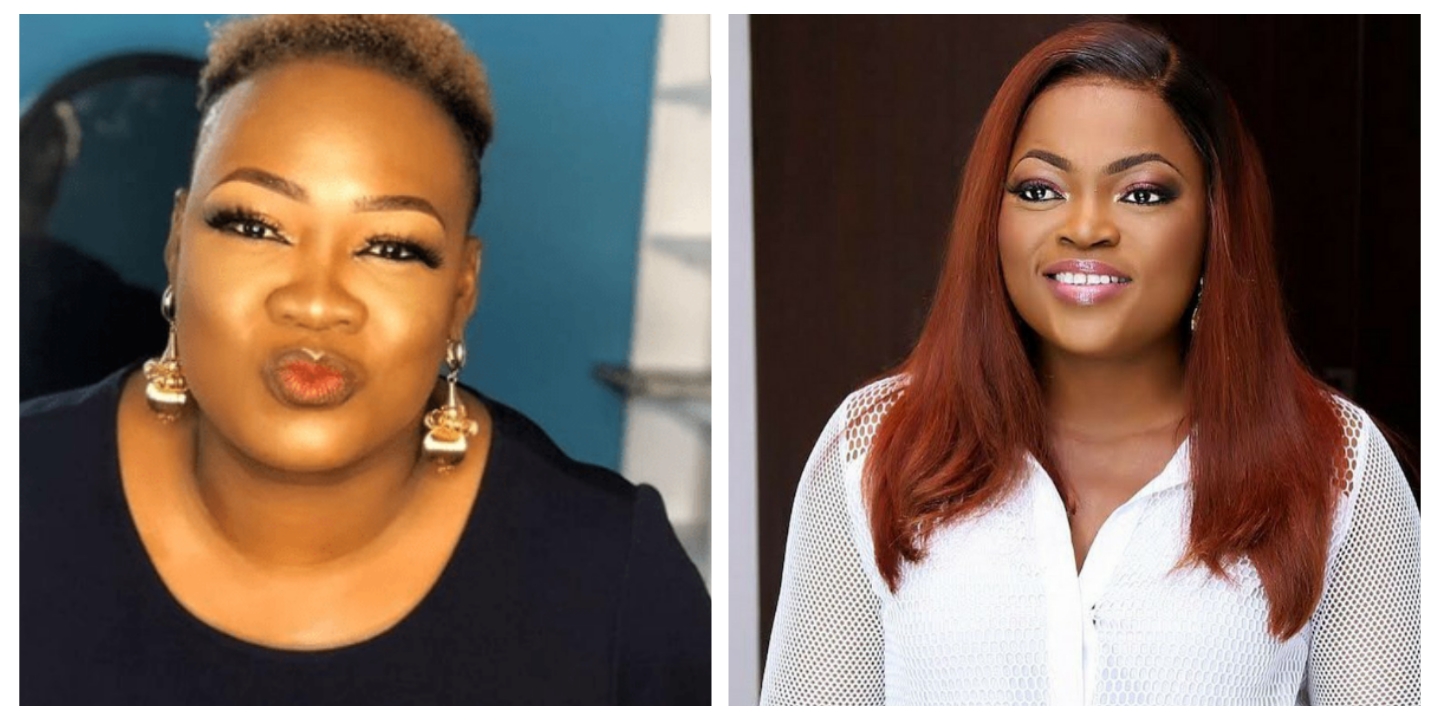 Princess In an interview with OAP Chude Jideonwo, relayed how devastated she was after her marriage crashed and how Funke Akindele gave her support.

Reactions as Nigerian lawyer reveals he is married to his…

According to her Funke Akindele used her own broken marriage to counsel her and this served as a source of strength to her.

“Funke Akindele called me and I’m sure she’ll remember, she called me and said princess kilonshele, I heard you almost cried yourself to death. Chude I’m telling you, I cried I became sick and lost weight. I said “ah Funke”, I told her in Yoruba, I said my life is ended.

“She said why will you say that, I said can’t you see what happened to my marriage, and then she said didn’t you hear what happened to mine. I said Funke your own is different, you can’t compare yourself to me, atleast you stayed in your husbands house for a year. And she said what are you talking about Princess? And she said to me, im in Enugu shooting, please let me pay for your flight ticket, come and meet me, I said ah I don’t think I’ll be able to come, she said ah what are you doing, I said im washing, she said kilonfo, I said I’m just washing, she said where are you going, I’m not going anywhere, i was in that house wearing just one clothe. She said Princess mi o understand. Princess, please let me pay for your ticket, come and meet me in Enugu, I’m shooting, we’lll talk.

“Then I heard people calling her saying Funke we are ready, so she said, ‘Princess shey o Na Wa? Call me. I didn’t call her.”

“No woman should get married without atleast N10M in her account”, Gender equality expert advises