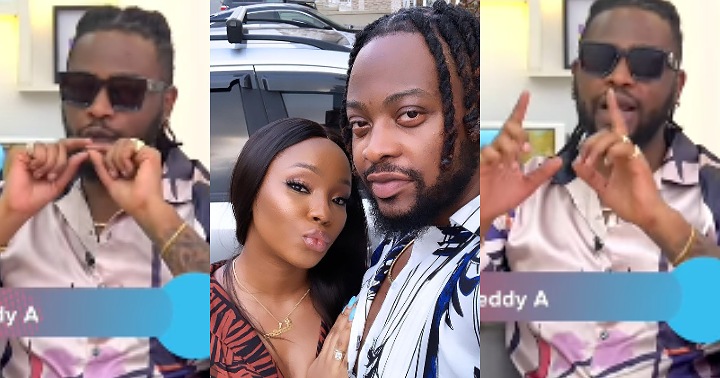 Reality TV star, TeddyA has debunked viral speculations that he married his wife, BamBam because she got pregnant out of wedlock.

Speaking during a recent interview with Adesola Momoh, Teddy A said he married BamBam because he really wanted her, not because she got pregnant for him.

According to Teddy, if he didn’t want her, he would have only accepted his child and wouldn’t go further to do any form of union with his wife, BamBam.

He also stated that BamBam’s pregnancy was only a sign for him to know that it’s high time he stays committed to one woman.

Speaking further, he disclosed that he and his wife had a serious quarrel, two weeks before he proposed. Amid the clash between them, BamBam broke the news that she was pregnant for him.