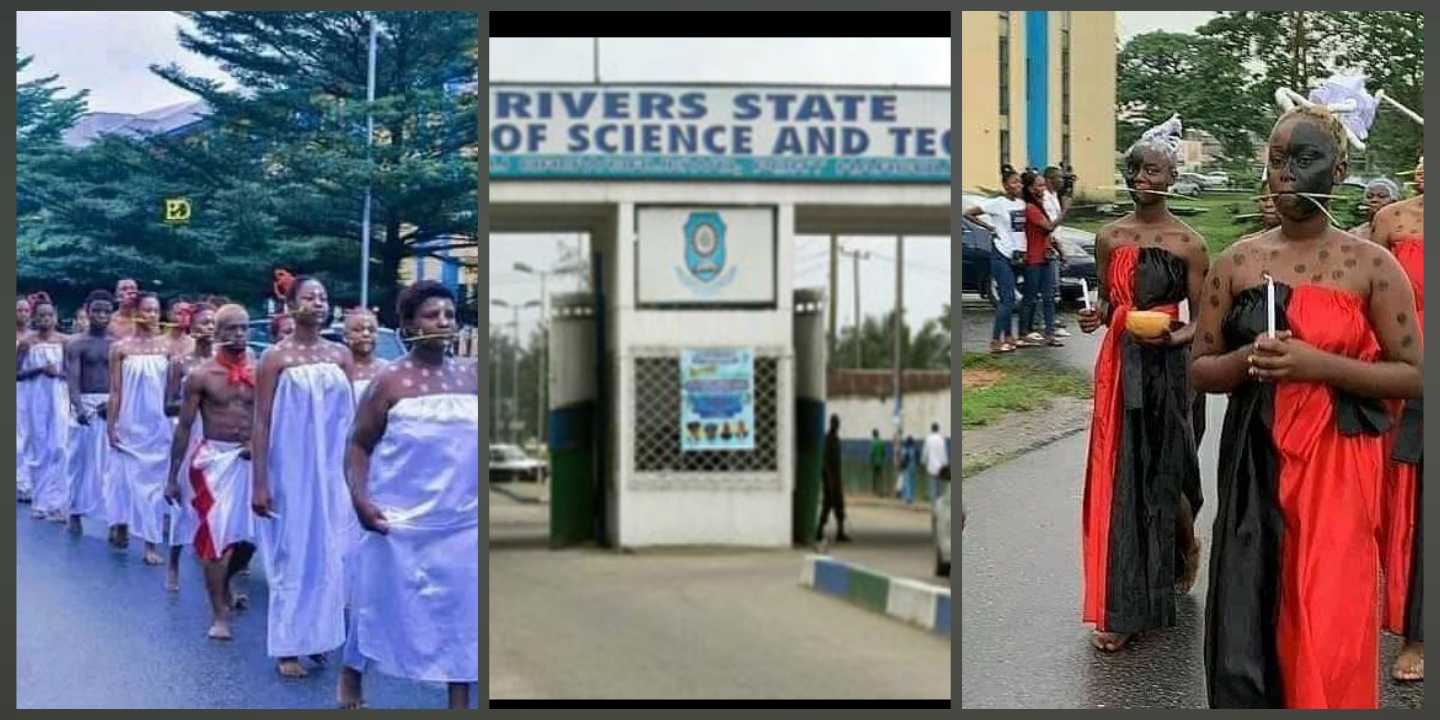 Students of the department of ‘Thearter and Media Arts, Rivers State University , recently had their induction ceremony in a different way.

The students who are still in 100l were inducted into the media arts in a native style. The fresh students went the traditional way on their induction ceremony.

The newly admitted students were seen wearing traditional white costumes laced with cowry shell, with read beads on their necks in a procession.

In one of the photos going viral both male and female students were spotted carrying small calabashes each, as they line up in procession at their induction ceremony.

These interesting sight has generated a lot of mixed reactions online. Some social media users think the students are being inducted as traditionalists while some see it as fun.

“If no one will, I will give myself a pat on the back” – Toke Makinwa hypes herself amidst backlash over her presenting

“Men are as much in need of celebration and support as women”, billionaire businesswoman, Funsho Alakija speaks out