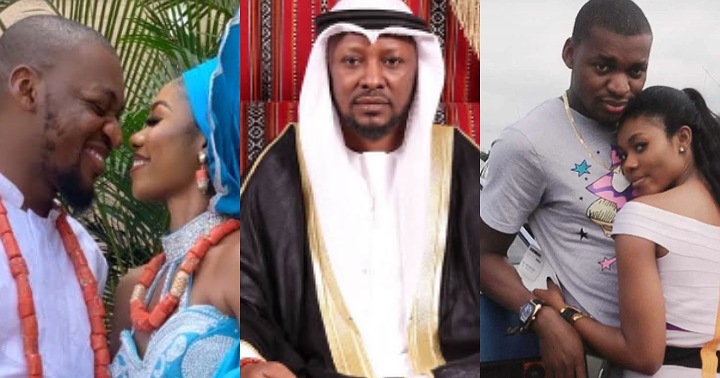 Recall, weeks ago, a voicenote surfaced on social media which allegedly had the voice of Prince Kpokpogri revealing his escapades with the married dancer.

The news trended for a couple of days, as the couple became a topic of discussion over the kind of union they share.

Janemena dragged for baring her chest in the presence of her…

While some claimed that Andre has no right over his wife because she reportedly married him with her money, others bashed Jane for cheating on him.

However, according to an IG blog, Cutie__Juls, Janemena’s husband has reaffirmed his love for his wife, stating that he is glued to his wife till death.

“From very reliable source, Jane Mena’s husband says he is still glued to his wife till death do them part. NB- 2nd slide is a WhatsApp chat to confirm. We had to cover the chats to protect the identity of our source. But if you have Mr Plies’ number, you can confirm his current DP”