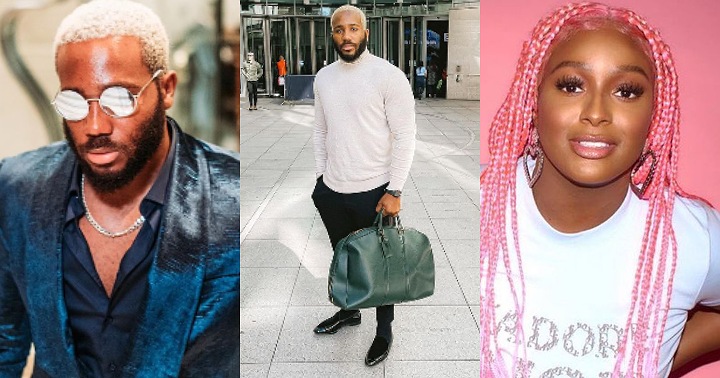 Reality TV star, Terseer Waya, popularly known as Kiddwaya has reacted after DJ Cuppy said she has no idea what he does for a living.

In a recent interview, Cuppy opened up on her relationship with Kidd, where she revealed how she couldn’t really handle his sudden transition from being her good friend to a famous BBNaija star.

Why I don’t want to get married yet – Kiddwaya…

She also stated that she cannot really explain what Kiddwaya actually does for a living.

“Kidd is born for this superstar shtt; it freaks me out because Kidd always said he wanted to be famous so I probably should have picked up on that and it’s difficult when you used to be a certain person in the room. I was too hard on him and should’ve celebrated his fame with him. I don’t even know what he does” she said.

Reacting to this, Kiddwaya shared a funny clip from his time in Biggie’s house, insinuating that he “eats” for a living.

Why I distanced myself from Kiddwaya – Billionaire daughter, DJ Cuppy finally opens up