Man calls out Burnaboy For Extorting Him Of $10,000, After He Refused To Perform At His London Show. 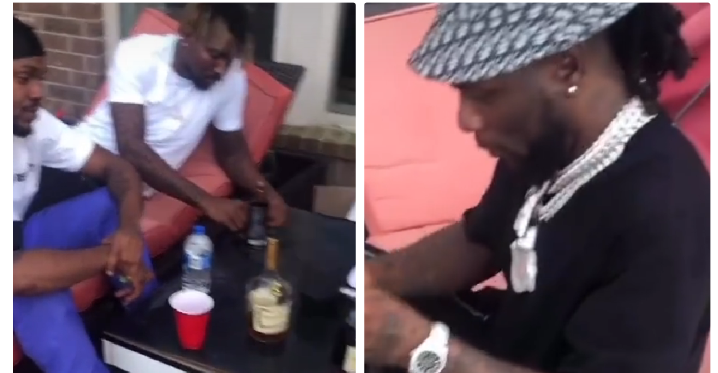 A London based show promoter, identified as goldmoola, has called out award winning Nigerian artiste, Burna Boy , for refusing to perform at his London event, after he paid him $10,000.

The show promoter claimed that he paid the singer and his manager, who doubles as his mother, Bose Ogulu, $10,000 to perform at a show in Houston, Texas, on Sunday, October 31st 2021, but the singer refused to perform.

According to him the singer’s mother and manager requested him to pay an additional sum of 10,000 US dollars before the singer would perform on stage.

Burna Boy allegedly receives beating of his life at club in…

According to him, at that point he discovered they were extorting him. He thus changed his mind and asked for a refund of the money he paid.

The self acclaimed ‘African Giant’ and his mother however refuse to refund him but exited through the back door to avoid him. He also shared a clip of him and Burna Boy having fun in his home.

Watch the clip below: