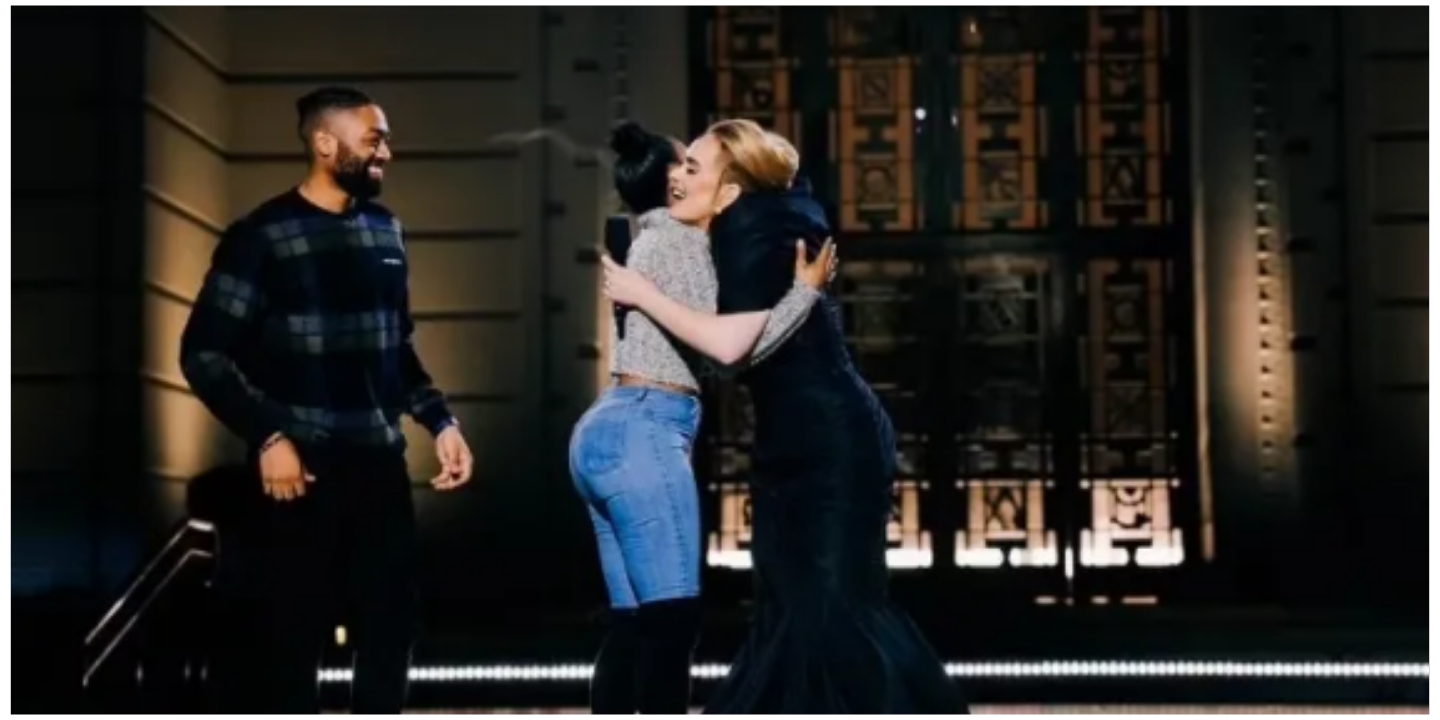 A young man, Quentin, has wowed the heart of many, after he proposed to his girlfriend on stage at a concert. The young man proposed to her at Adele’s concert after 7 years of dating.

The young man with the help of Adele, one of the world’s richest musician proposed to his girlfriend of 7 years during Singer Adele’s CBS special “Adele One Night Only”.

The boyfriend went out romantic as he brought his lover, Ashley, on stage and proposed to her.

When he was about to propose to his girlfriend, he made sure her face was blindfolded and led her on to the stage.

Adele told her audience to keep quiet before Quentin guided Ashley, who was blindfolded to the stage.

“I need every person to be really quiet, alright? If you make a noise, I’m going to kill you,” Adele told her audience.

When her blindfold was removed, Ashley was surprised at the romantic display. Her boyfriend was on his knees and asked her to marry him.

Quentin’s romantic proposal speech: “Listen, I want to say thank you. I want to thank you for being so patient with me. I’m extremely proud of you – and I mean – everyday, you blow my mind. There is absolutely nothing that you cannot do and I just know you are going to be an amazing mother to our kids one day, and I love you. I love you, I love you, I love you and will continue to love you forever… Will you marry me?”.

Ashley was overwhelmed, she bursted into tears and accepted the proposal. Adele then came on stage and performed a love song for the two lovers as she congratulated them.

Tonto Dikeh screams as her dog “sexually” asaults her during live video, leaves her with injuries