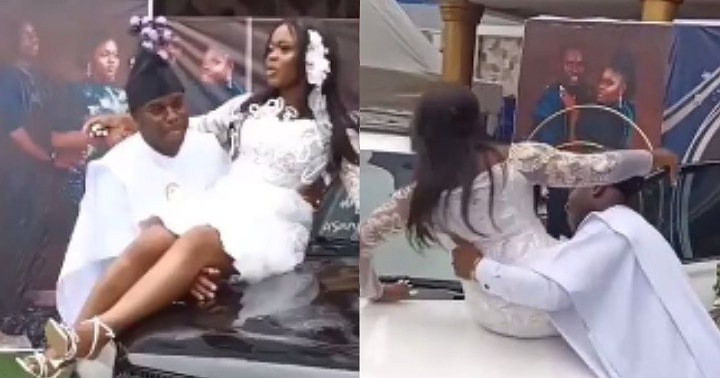 A man has been trending massively on social media following the spectacular gift which he awarded his wife on their anniversary.

Reports gathered that the adorable couple were marking their 8th wedding anniversary, and the excited husband got two automobiles for his wife.

In the video, the wife who received the cars on her anniversary, was short of words as she caressed one of the vehicles.

At a point in the video, she entered the car and blew the horn while everyone cheered and celebrated along with the couple.

Reacting to this, social media users have been applauding the man for his kind gesture to his wife.

One lizzybetty2k wrote:
“Congratulations to them”

shola_pro wrote:
“Why e no fit reward Am one by one …one this yr one next yr 😂”

choco_ferdinand wrote:
“Na how i go take squeeze myself in this position i dey find now😢😢😢”