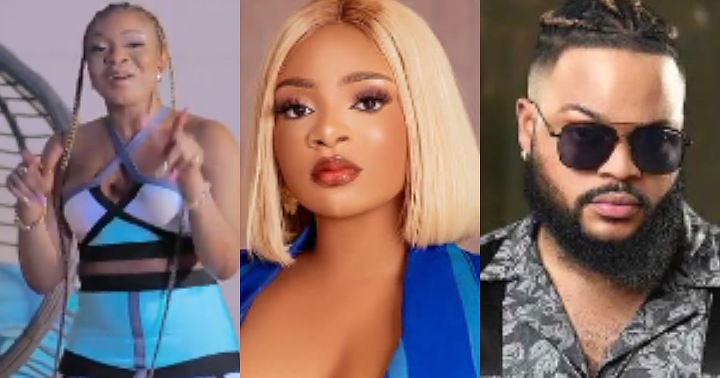 Former BBNaija housemate, Queen has finally reacted after getting dragged for allegedly being in a rift with Whitemoney, and mocking him during interview.

This is coming after a woman identified as Mumchomzy, dragged her on Twitter for allegedly ‘laughing’ at Whitemoney.

In a series of tweets, Mumchomzy and some other angry Twitter users, slammed Queen for laughing and mocking their fave, Whitemoney.

Chomzy also referred to Queen as a “Desperado” who badly wants to be in a ‘ship’ with the BBNaija winner.

Reacting to the accusations, Queen who has unfollowed Whitemoney on Instagram, wrote;

“The Lord knows I’m so pissed right now. My hands are shaking and I literally don’t know what to type. Even in my silent, I get dragged and insulted for nothing.

Dear ma, to think you wrote me and blocked me without even hearing my side of the story. You didn’t even bother asking me if I laughed at your favourite as you people say.

You wrote me and blocked me without asking me nothing. I got pissed and blocked you back. For not even bothering to question me. As you always do”.