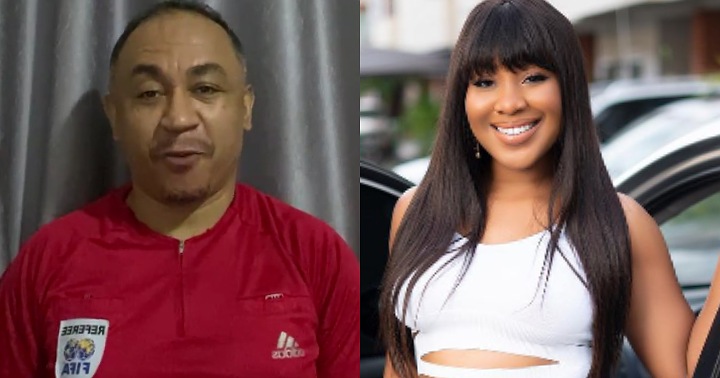 Controversial media personality, Daddy Freeze has applauded Erica Nledwedim over her response to a Twitter user who plans to take over his brother’s property.

The Twitter user sparked outrage after stating that he has the right to take over the property of his siblings when they die, because it’s in line with the tradition of the Igbos.

He added that the relationship of a woman married to an Igbo man ends after the death of her husband, and she no longer has any connection with the late husband’s family.

I have never given my mum money – Daddy Freeze reveals

Daddy Freeze tackles Yul Edochie for declaring himself a…

“I am an Igbo man and my omenala gives me full right over the property of my siblings when they’re no more. As a woman, when your husband dies just have it in mind that contact in the family has been fully terminated. Know this and know peace. Nne Nigeria lazy women want to keep things to themselves in the name of marriage.”

Reacting to the post, Erica, expressed her shock that people still hold such beliefs.

“Wow, I can’t believe there’re people who think like this! Your siblings that hustled and left the property for spouse and kids is not an adult like you? What happens to the immediate family? Are you leech?” 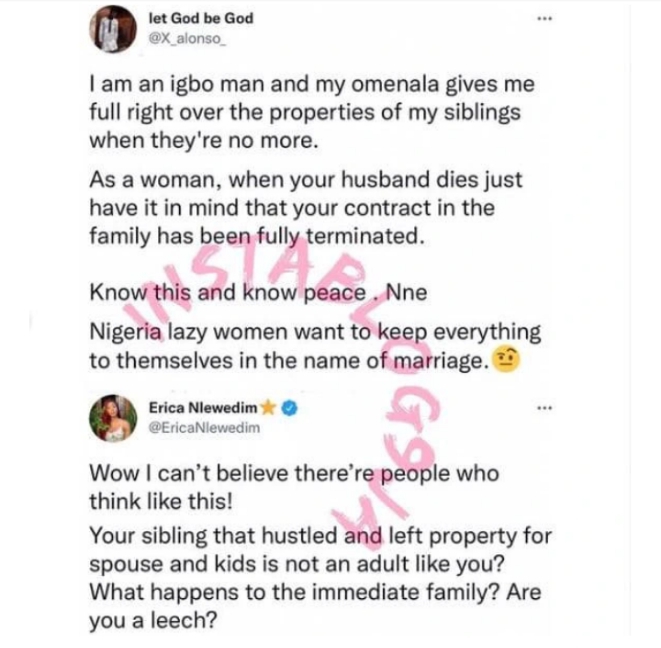