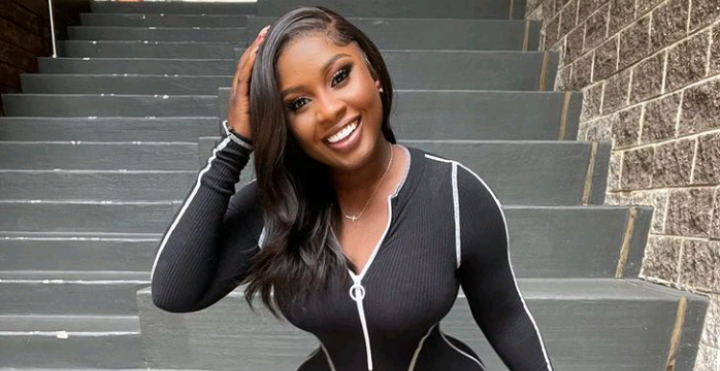 Popular Nollywood actress, Shyngle, better known as Princess Shyngle, has advised ladies not to see their man’s ex-girlfriend or ex-wife as an enemy.

The actress who took to her social media page to advise ladies stated that not all exes are dramatic. She advised ladies to befriend their lover’s ex-girlfriend or ex-wife, as this is a normal thing.

“Ladies it’s time to normalize being friends with your man’s ex or wife… It’ll be the best decision you’ll ever make. Ask me why?”, she wrote.

Lady who planned with her colleague to resign, returns to…

According to her befriending your man’s ex is the best decision a woman can make. A follower however asked her reason for her controversial advice.

While responding to the follower, Princess Shyngle said that not all exes are dramatic or want to have an affair with their ex. She said this makes a woman know more about her man from his ex.

She stated that being friends with your man’s ex-girlfriend or ex-wife, gives assurance that they won’t come back together when you two are fighting.

Her response: “because not all exes are drama queens or want him back. Being friends with her will assure you that he won’t run back to her or get back to her when y’all are fighting and you will know a lot more about your man from an ex lol”.

Tuface’s baby mama, Pero, slams a suit of N500 million damages, against Annie, hours after she apologized to her husband