Obi Cubana shuts down his Abuja club, after a lady got electrocuted and died 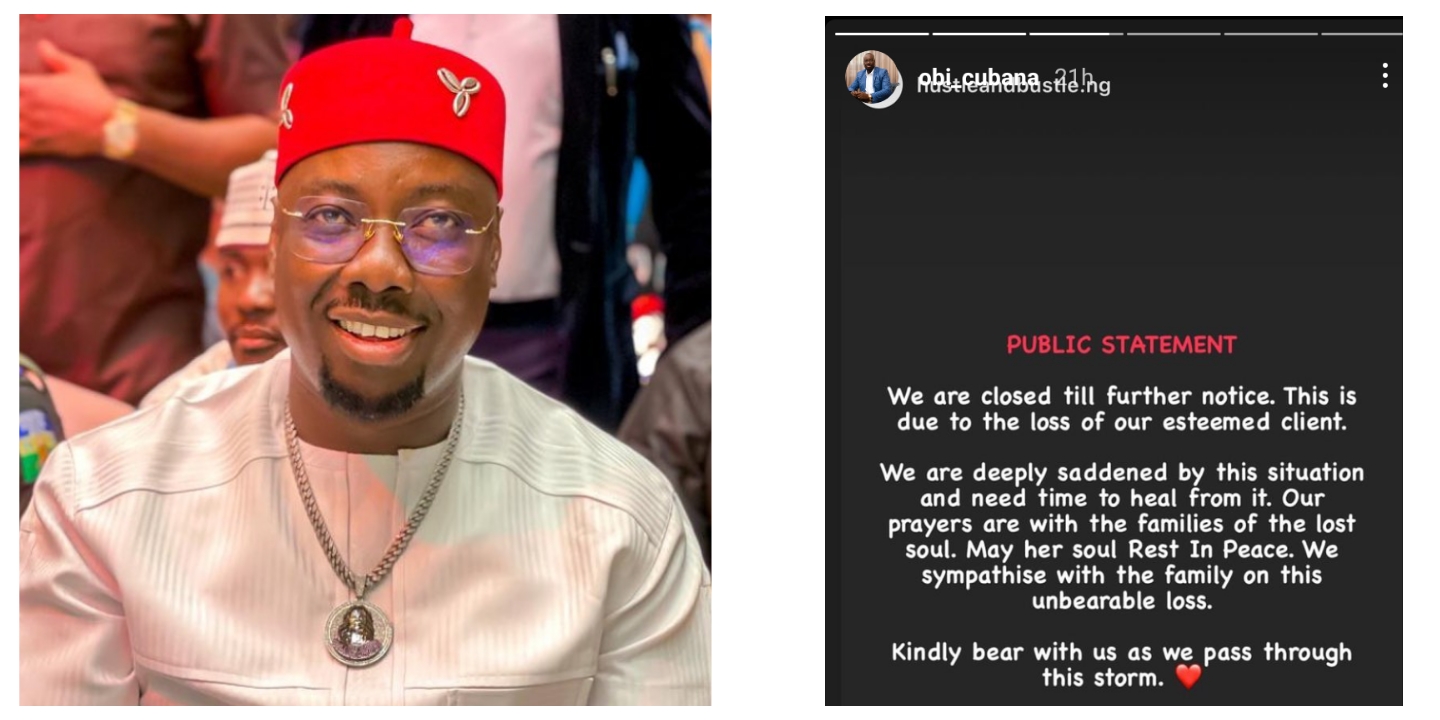 Popular night club owner and businessman, Obi Iyiegbu, better known as, Obi Cubana, has shut down his club in Abuja. He shut down the club after a lady got electrocuted and died.

A female cluber, visited, “Hustle and Bustle” club in Abuja, on Sunday. The female cluber got electrocuted at the club and died before she could access medical treatment.

The brother of the lady, identified as Oshoke, on Twitter, stated that he woke up to the sad news this morning. He visited the “Hustle and Bustle” club owned by Obi Cubana and demanded to access the CCTV footage to know the cause of his sister’s death.

He noted he was informed that only the manager has access to the CCTV and the manager was sleeping.

According to him the manager eventually arrived and he was permitted to check the CCTV. From the CCTV footage, it was discovered that his sister was electrocuted by metal on one of the doors in the club.

Obi Cubana has therefore shut down the club because of this sad incident. The socialite took to his Instagram page and announced that the club has been shut down until further notice. He also sympathized with the family of the female cluber.

“We are closed until further notice. This is due to the loss of our esteemed client. We are deeply saddened by this situation and need time to heal from it. Our prayers are with the families of the lost soul. May her soul Rest In Peace. We sympathize with the family on this unbearable loss. Kindly bear with us as we pass through this storm. Signed Management”, he wrote.

“He is just a friend, I won’t disappoint you people again”, Tonto Dikeh clears air, after her date with Kpokpogri’s friend

“If you see what you like go for it”, young lady says as she finally got married to a man she met on Facebook