Odunlade Adekola Proposes To His Wife Again, As She Celebrate Her Birthday 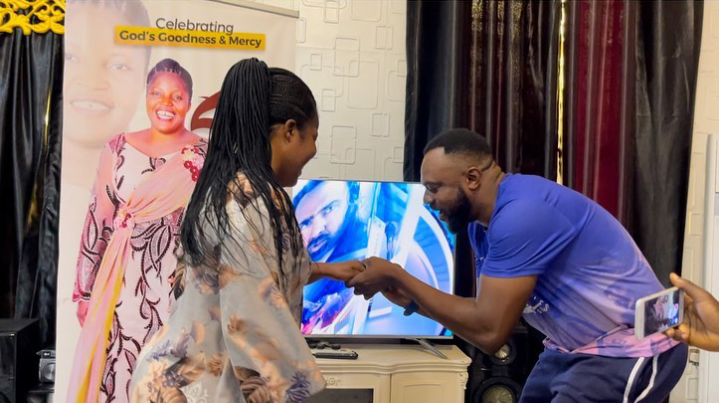 The comic actor rededicated his love for his 40 year old wife on her birthday.

Odunlade shared clips of the birthday celebration on his Instagram page. He stated that if he comes to this world a second time, he would marry his wife again.

The Nollywood actor brought out a new ring from his pocket, got on his knees, and asked his wife to marry him again. His wife was beaming with smiles as she accepted her husband’s proposal.

Odunlade also shared picture of him putting the ring on his wife’s finger.
“Happy 40th birthday to my best friend, love of my life”, he wrote.

It was indeed a celebration galore as the parents of the couples also joined them in celebrating. Traditional drummers, and saxophonists were also present to honour his wife on her big day.

“My money is my money, his money is our money” – Nkechi Blessing replies a fan