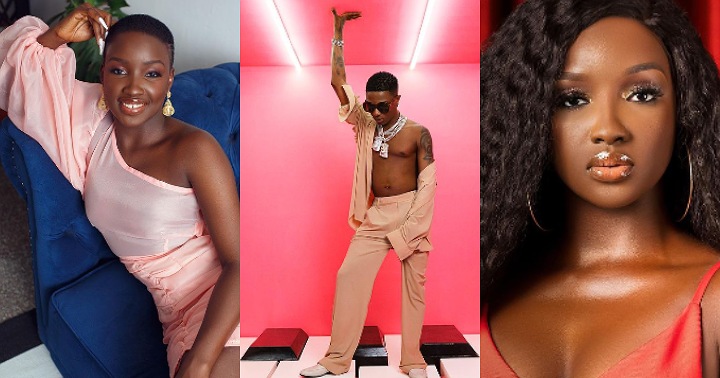 Former Big Brother Naija Shine Ya Eye star, Saskay has shared the dream she had about Essence crooner, Wizkid.

According to the reality star and self acclaimed melanin princess, she hooked up with Wizkid in her dream and they vibed so well as if they have been friends for long.

“Dreamt I met Wizkid. The vibe was 100% and we became friends almost immediately.”

Reacting to this, ozed_____ said:
“From your mouth to Wizkid ears.”

omahmax said:
“Saskay is Diane of this season.”

barbra_ua said:
“If she wan see wizkid make she talk. Which one be you had a dream!!!!”

missy_osas said:
“You have already started talking to him already and a meet up as been planned by tomorrow there would be a picture of you and wizard. It is not an affirmation nonsense.”

I don’t have a child, I have children – Liquorose reacts after she was dragged for hiding her child from public