“Should you be on the site of an uncompleted building praying”, Daddy Freeze Tackles Gospel Singer Yinka Alaseyori 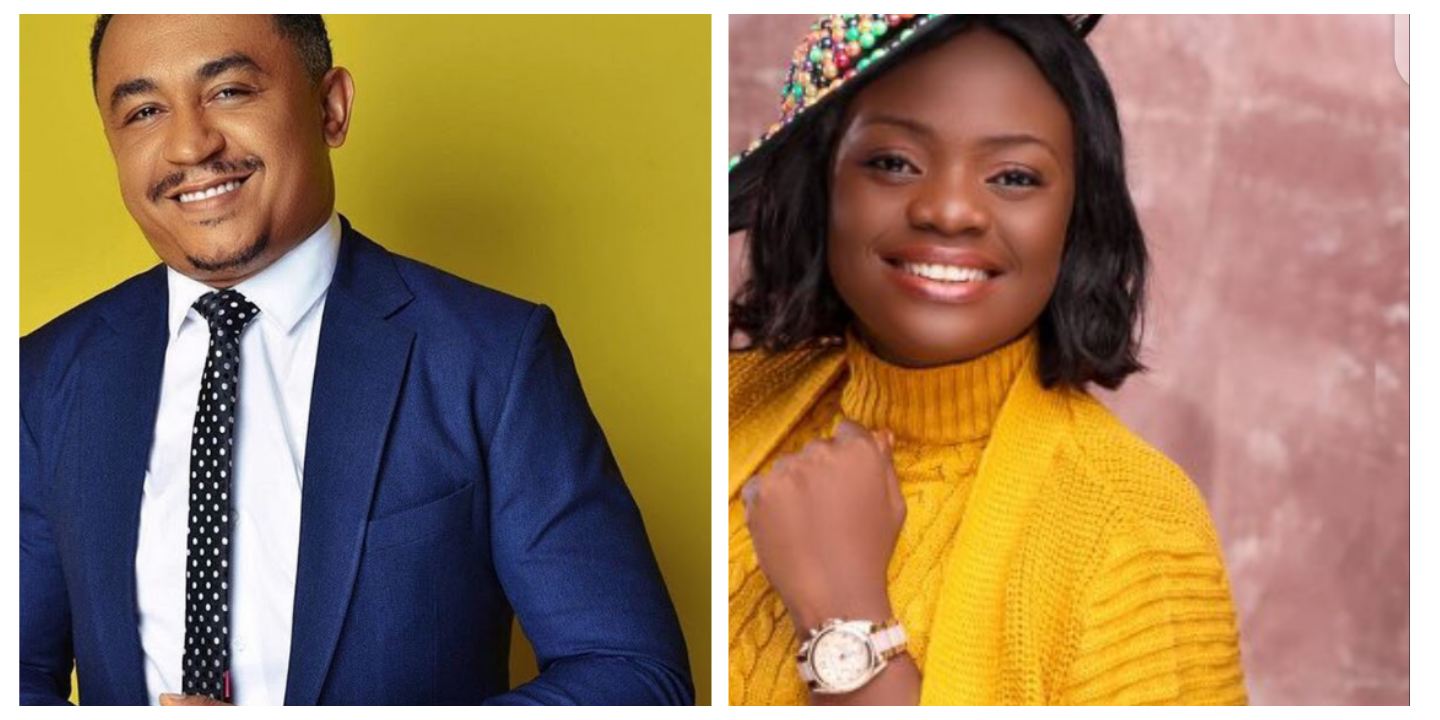 Controversial On-Air-Personality Daddy Freeze has slammed gospel singer, Yinka Alaseyori better known as “Oniduro”, after she was spotted conducting a prayer session at the collapsed Ikoyi building few days before the building collapsed.

Daddy Freeze condemned her on the grounds that she went to the uncompleted building without safety hats, shoes and googles.

According to him, the gospel singer was endangering her life. He also stated that despite her fervent prayers the building still collapsed.

Recall that the gospel singer had earlier being invited by the estate developer, Femi osibona, to pray on the site before the opening of the site.

Many of her fans who were concerned about her safety asked after her when the building collapsed. She has clarified that she is safe. According to her she was only at the site few days before the collapse.

Daddy Freeze has condemned the singer for this. He also stated that despite her prayers the building still collapsed.

His words:
“Should you be on the site of an uncompleted building praying, singing and dancing with no safety hat, goggles or shoes? Stop endangering your lives! Construction sites are not venues for prayers. With all the prayers did the building still not collapse?? God cannot be mocked”. 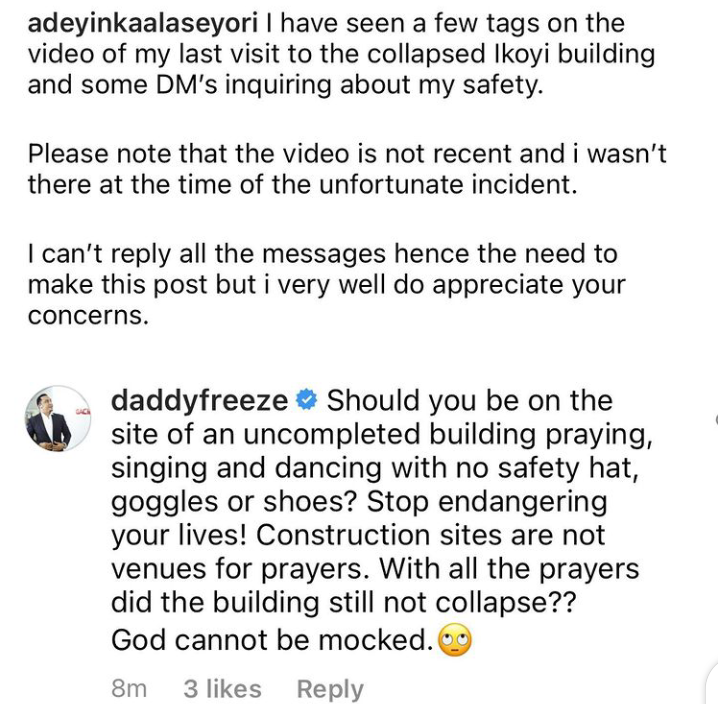