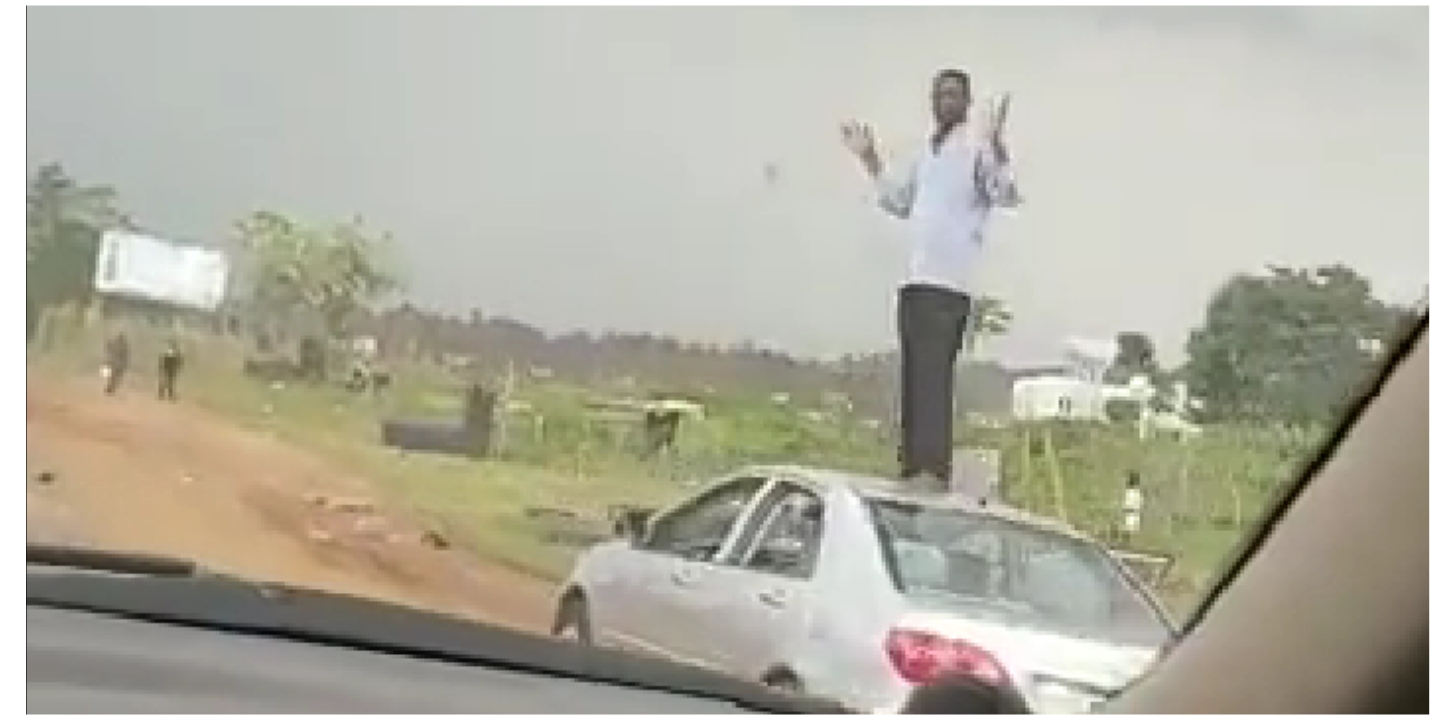 The young man who was driving on the roadside disregarded traffic signals and jumped traffic. He was nabbed by Nigerian soldiers.

He was asked to climb his car, stand on the roof of his car, and wave at commuters as they pass by.

The man who was spotted in a viral video making rounds on Twitter was arrested by soldiers after he broke traffic laws.

In the hilarious video, the man was seen standing on top of his car and waving to cars as they pass by. While he was doing this, the soldiers made sure he comply.

“If you see what you like go for it”, young lady says as she finally got married to a man she met on Facebook

Lady narrates how a ‘friend’ she housed for three years, planned with boys to [email protected] and k!ll her