“Them don punch her lips, husband snatcher” – Nigerians drag Maria as she shows off her bruised lips 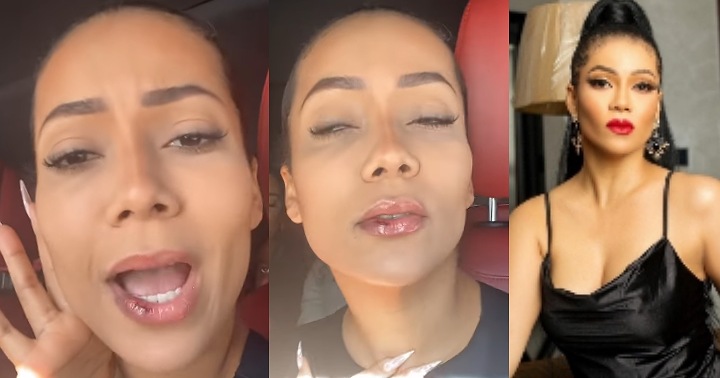 Former Big Brother Naija housemate, Maria Chike Benjamin has been dragged online after she shared a video via Instagram.

The controversial BBNaija star shared a video of herself cruising with a man alleged to be her rumoured married lover, Kelvin.

In the video, Maria was also seen bleeding from her lips as Nigerians claimed somebody punched her lips.

“Why did I sister-zone you?” – BBNaija star, Sammie…

“I’m on every N!gga’s hit list, but the problem is I already…

They also dragged the former air hostess for still mingling with married man, Kelvin after being called out over her relationship with him.

See video and reactions below;

Recall, weeks ago, Cubana Chiefpriest called out Maria for allegedly snatching his sister’s husband and sending her threat messages.

“I Get Dollars For You, I Get Pounds For You, There Is Nothing Sweeter Than Family, Wives Stay Woke. Girls Like @mariachikebenjamin Are Coming For Your Husbands.

She Stole My Sisters Husband As If That’s Not Enough She Is Sending Her Threats, That I Won’t Let It Slide, Kelvin I Dey Find Una Come That Dubai Nothing Must Happen To My Sister”.

Nigerian man who had parallel F9 in NECO, shows off his degree result as he graduates from university