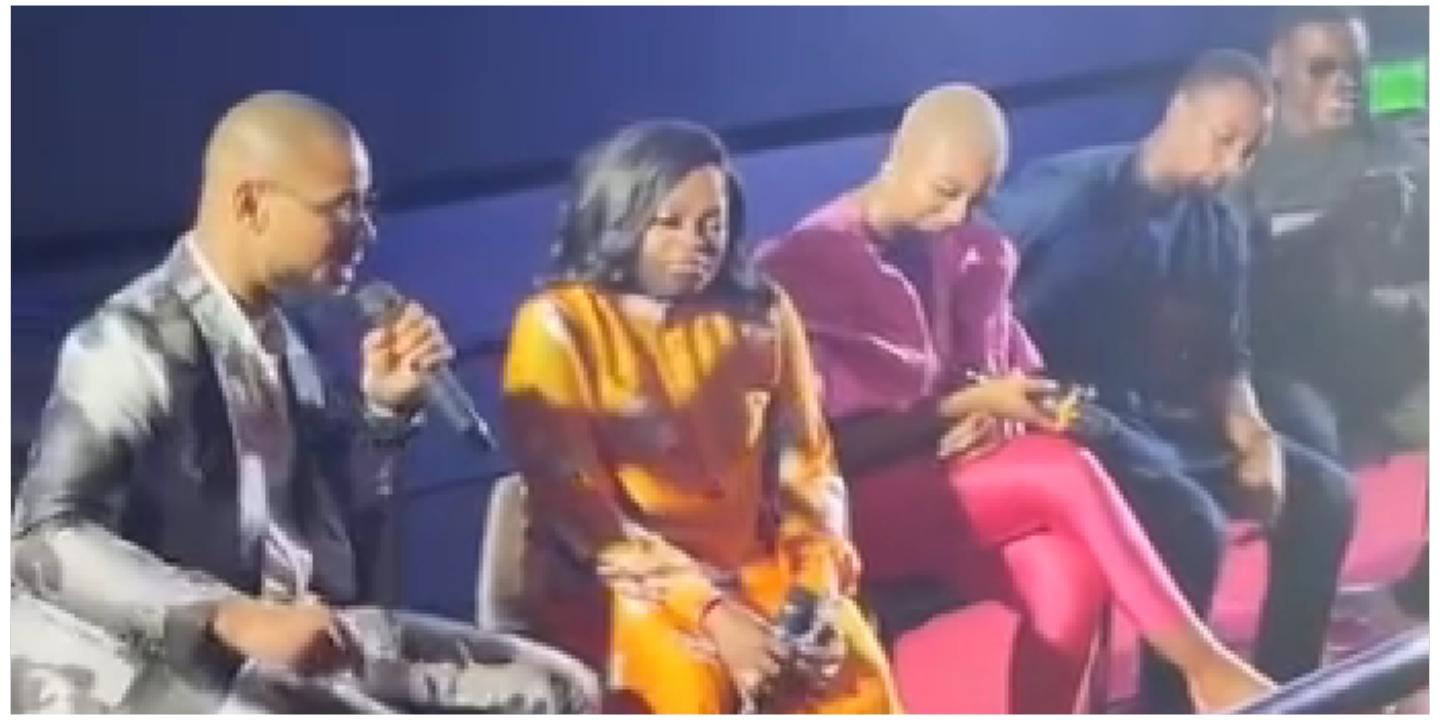 Nollywood actor, Alex Ekubo, has disclosed that there is so much negativity and bitterness in Nollywood, and he is excited to see his colleague, Funke Akindele, and her husband, JJC Skillz at the frontline in the industry.

Alex Ekubo said this while speaking at an interactive session with the cast members of ‘‘Omo Ghetto the Saga”, a movie.

During the interactive session, Alex Ekubo who was one of the main casts of the Nollywood blockbuster showered nice compliments on Funke Akindele.

He said that the star actress is “beautiful, intelligent and talented”. He also stated that it is difficult to succeed in the Nollywood industry and remain married with ‘so much negativity and bitterness in the industry’.

The actor gushed over how Funke Akindele’s husband, JJC Skillz, gives her full support and how the couple works together.

Recall that the Nollywood blockbuster was produced in December 2020 and it has been a thriller movie of all time. Funke Akindele and her husband, JJC Skillz, co-produced the movie, which is now one of the highest-ranking movies on Netflix.

During the interactive session with the casts, Funke Akindele shared some moments behind the scene of the movie, “Omo Ghetto the Saga”.

Funke recounted how one of the cast, Deyemi Okanlawon, kicked her mouth on set and how she had cried. She also stated that she almost passed out while filming the movie, “Omo Ghetto The Saga”.

BB Naija: “I go through a lot, but I don’t tell stories” – Tega cries out