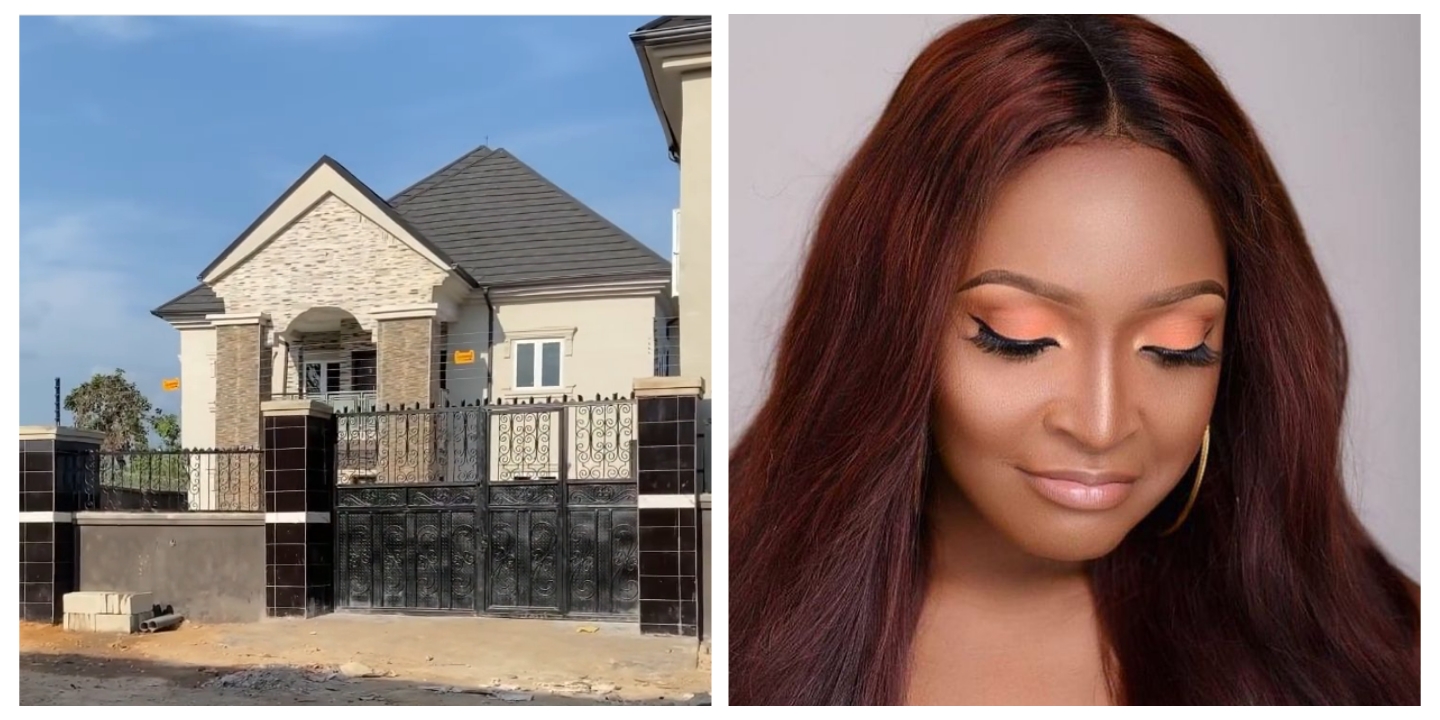 Controversial relationship expert, Blessing Okoro better known as Blessing CEO, has reacted to how she was mocked during the Onye Eze’s house scandal.

Recall that Blessing CEO earlier showed off a multi-millionaire mansion belonging to a Nigerian billionaire, Onye Eze, on social media and claimed it was her own. She was arrested for this.

Reacting to the incident she took to her  Instagram page and slammed popular Nigerian singers, Paul Okoye, a.k.a Rudeboy, Zlatan, and CDQ who released songs to mock her over the incident.

The relationship expert stated that Rudeboy’s Audio money and Zlatan and CQD’s, ‘Onye Eze (2. O)’ songs released that time were making a mockery of her over the incident.

She shared a video of Rudeboy’s ‘Audio Money’ on her Instagram page and stated that she used the stones that were thrown at her to build her own house.

“Once upon a time this song used to piss me off. But now I dey jam am, E no easy to make legendary pick up their pen and papers and write a song for u. The song was a hit. Audio to video. We picked up the stone to build the house. I go still use this song to inspire that wey to mock me … Audio to video …Growth”.

The singer who recently announced that she is building her new house is set to throw a big party for her house opening ceremony in December 2021.

She said that her story is from audio to video. She stated that the song was specially made to troll her.

Her words: “Many of u never watched the video. Those saying the song was not for me, e shock u now because the story don change. The song was written for me, they even had to replicate the story in the video of the song that was what made it relatable”.

“Don’t worry 1st December I will shoot my video. The song inspired me too. If e easy make rude boy sing for u. Beo. Audio to video. That will be our hashtags on December 1st. I will give away 500k”.

According to her, the singers made the song with her name in order to make her depressed but she refused. She also said people should not judge her because she lied, she didn’t kill anyone.

Her words: “Do you know that CDQ and Zlatan also did a song for me. I could now wait for the day I will boldly tell them to thank you. The song was mocking me sha. Even my dad heard it one day and heard my name and was calling me. They wanted to bury me, send me to depression but I refused.

She added: “I was determined to prove them wrong. December 1st I will show u all my house. This one does not belong to onyeze na Blessingceo get am. I did not just build a house I own a street…Na lie I lie no kee person”.