“We are not even divorced”, Kanye West Reacts As He Show Interest To Reunite With Kim Kardashian 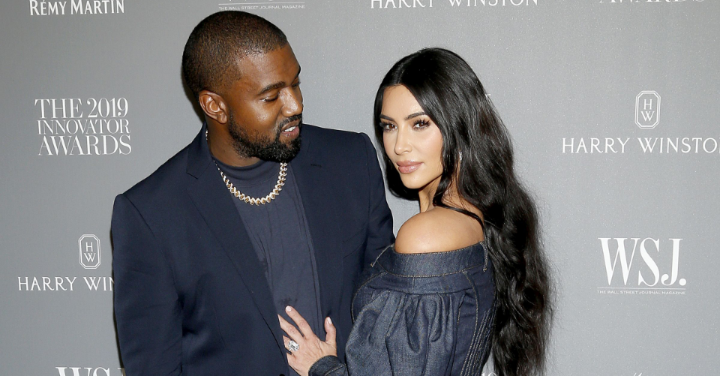 Popular American rapper, Kanye West has disclosed that he and his enstranged wife, Kim Kardashian are still married.

The billionaire rapper stated that their divorce is yet to be perfected and therefore show interest that he needs his wife back.

“Divorce is allowed in the bible” – Daddy…

This is coming amidst the heated romance Kim Kardashian and her present lover Pete Davidson. This has sparked reactions that the reality tv star and Pete might take their romance to marriage.

While appearing on the Drink Champs podcast on Thursday, Kanye repeatedly called referred to his wife.

Contrary to public notion that two were divorced, he said that they are not divorced.He also said he wants his wife back.

Kanye said: “We’re not even divorced. This ain’t no joke to me. My kids want their parents to stay together.I want us to be together.”

The celebrity couple who had been separated for months, after the rapper distanced himself from “Keeping up with the Kardashians series”.

He however said that the tv series is not being promoted by the entertainment industry.

The couple were married for seven years before their alleged divorce and they have four children.