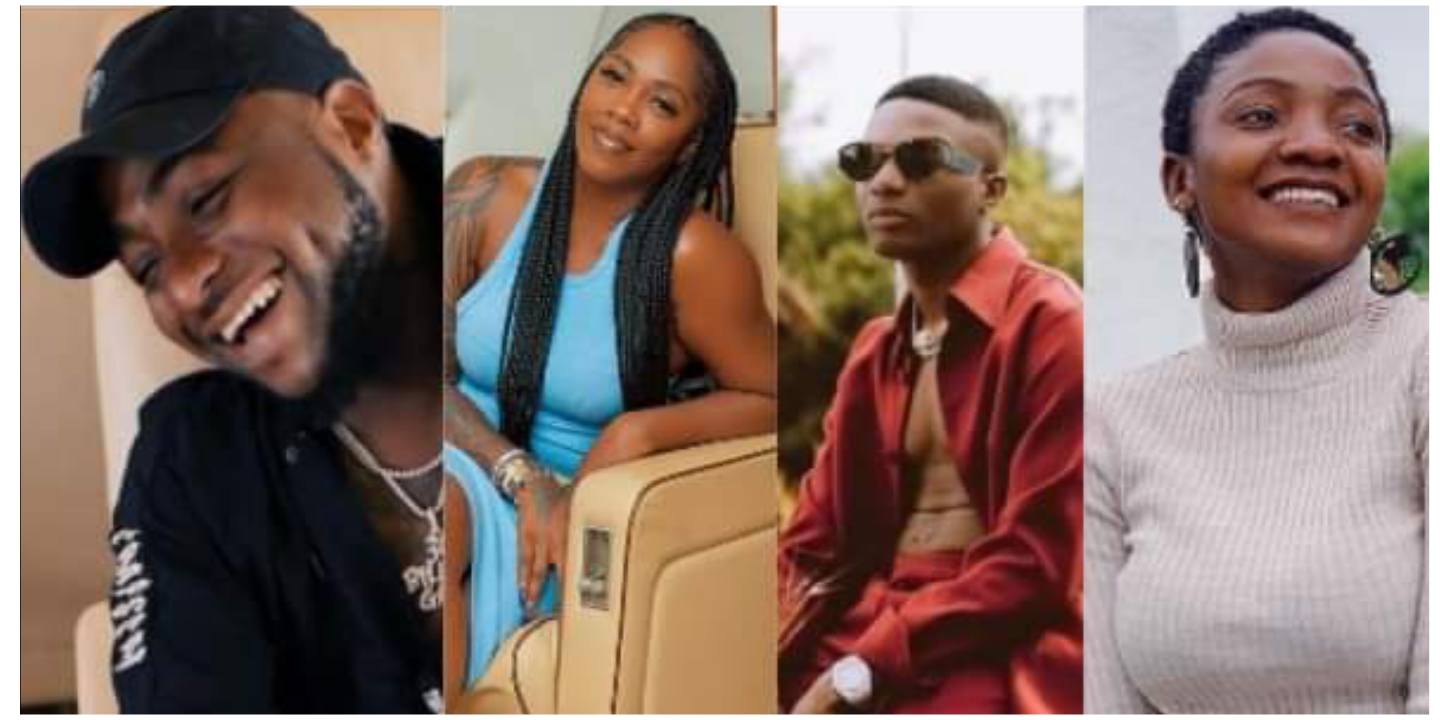 A Twitter user identified as @MrOdanz, has asked to know the contribution of top female music artistes like Tiwa Savage and Simi, towards lifting other fast rising artistes into the limelight.

The man in his tweets stated that male artistes like Davido, Wizkid and Banky W, bring fast rising artistes to limelight.

This is a general question to successful female artists in the music industry since I became familiar with Nigerian music.Which female artists was discovered, groomed and helped onto the limelight by another older established female artists. I really want to know if there are any.

I am also very curious to know what Simi is doing to help females into the music industry. She seem to be a outspoken “feminist” in the industry.

I mean, aside from her singing a feminist-themed song “woman” that appeals to women and brings more money into her bank account.

Just for reference. 5 years ago, barely anyone knew Zlatan, Naira Marley or Bella Shmurda. But today, they all own their own music labels with artists (mostly male) signed under them.

Tiwa has been a big name in the industry since 2012. Almost a decade on top of her game…

….And she doesn’t own a music label, despite being on the scene for much longer. Why is that tho? What are the barriers for successful female artists?.

And I can’t point at any upcoming female artist she’s discovered or helped find her footing in the industry. Why is that?”