Amid Case of 12-year-old Slyvester Oromoni, Student Beats Teacher To Death In Delta 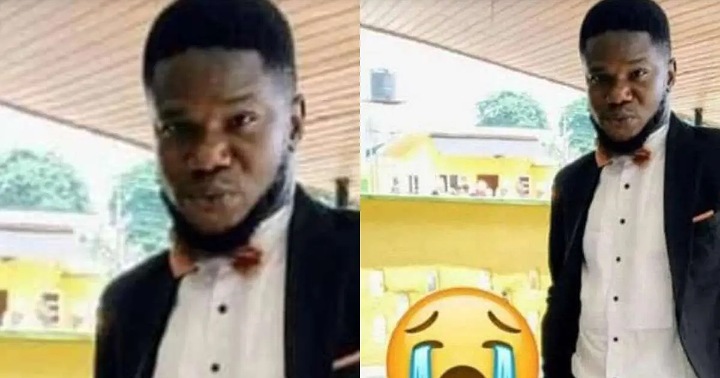 A secondary school student identified as Michael Ogbeise has beaten his school teacher to death in Ethiope East Council Area of Delta State.

Reports gathered that the sad incident took place in Erhemu Secondary School located in the university community on Thursday.

The suspect was reported to be an SSS 3 student who descended on his teacher, Joseph for allegedly beating his younger sister, Promise Ogbeise.

According to sources, before the incident, Michael left the school premises angrily after witnessing his sister being flogged after fighting with one of her colleagues.

Michael subsequently returned to confront the said teacher in the staff room, who is reportedly in charge of Agricultural science ad Biology in the Private school.

He was said to have repeatedly punched the teacher leaving him with a bleeding nose. The teacher eventually collapsed and was rushed to a private hospital in the community, then to a government hospital where sources confirmed he was dead.

Police Public Relations Officer (PPRO), DSP Bright Edafe, when contacted and briefed on the incident said that the suspect is on the run.

“The story is true. The young man attacked the teacher who collapsed in the process. The girl is now under a protective custody, but his brother, who effected the killing, has bolted away.
“We have nothing to do with his parents. Our focus is to get the boy arrested,” he said.

Meanwhile, the said school has been shut down by the proprietor.