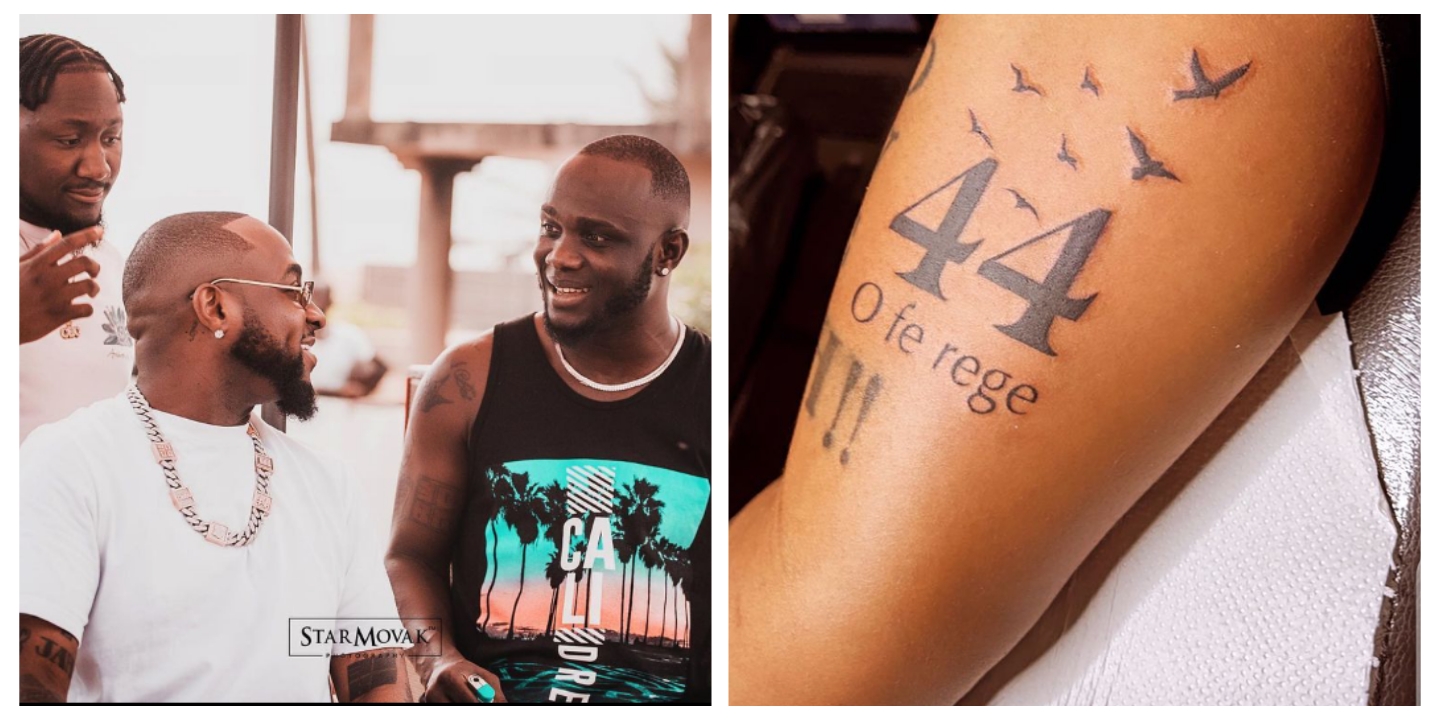 Nigeran singer, Davido, has not gotten over the death of his friend and road manager, Habeeb Uthman, popularly known as Obama DMW.

A few days ago, Davido took to his Instagram page to mourn Obama DMW, who died few months earlier.

The singer has tattooed the nickname of his friend on his arm today. This he did in remembrance of him.

Davido tattooed Obama’s nickname and age on his arm, ‘44 O fe rege’. Davido has not gotten over his death.

In another news, controversial investigative Journalist, Kemi Olunloyo, was recently slammed by netizens, after she dragged late Obama DMW over his statement about Wizid’s ‘Made In Lagos‘ album, which he called a “wack”.

In October 2020, Singer Wizkid released his ‘Made In Lagos’, album and it has topped the billboard charts for some time now.

She stated that the album late Obama called wack, is now on 7 billboard charts and gotten three Grammy nominations, while Obama is lying six feet below the ground.

This is didn’t seat well with netizens who slammed the controversial Journalist for mocking late Obama, some said that she was chasing clout with the dead.