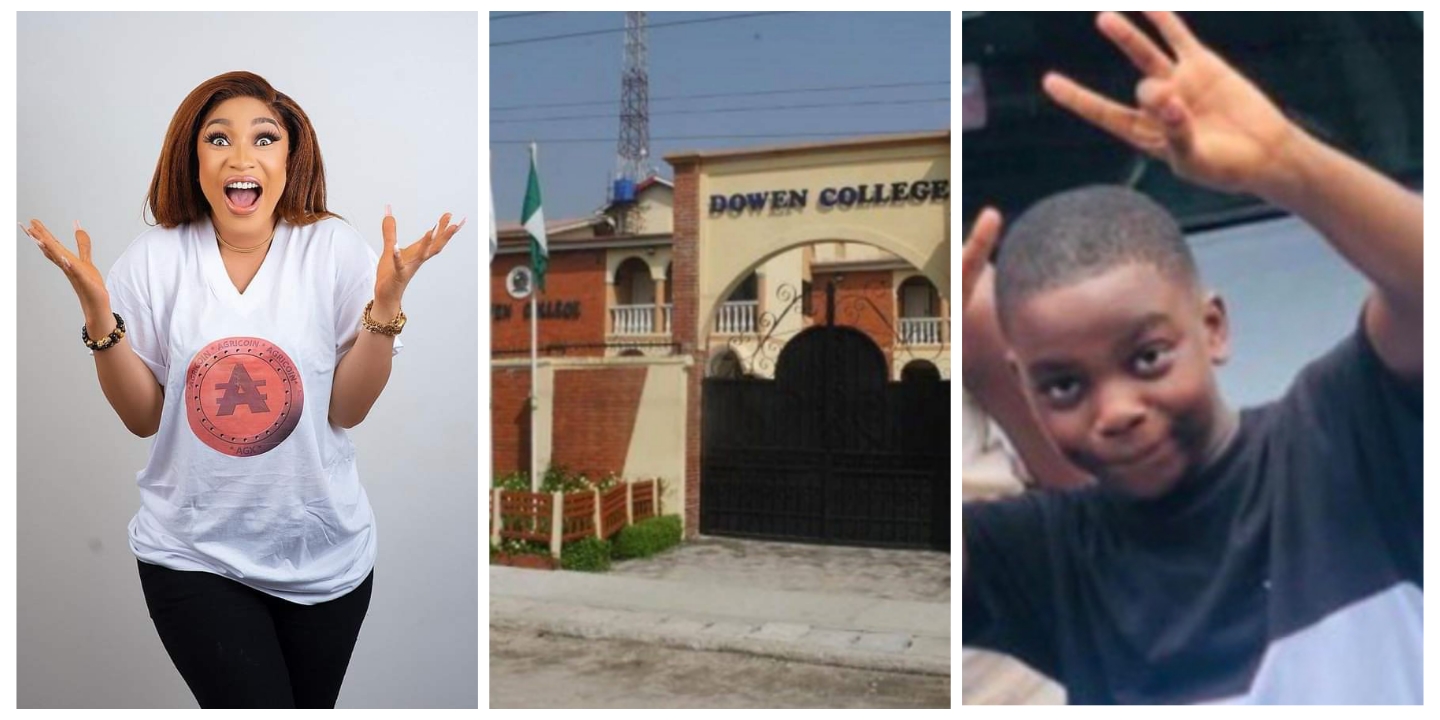 Actress Tonto Dikeh, has dared the management of Dowen College over the death of Sylvester Oromoni, a 12 years old, student of the school.

Recall that it was earlier reported that the boy’s cousin had shared the story on Twitter on Wednesday.

His cousin claimed that the student was killed after he rejected attempts by his colleagues to initiate him to join a cult group.

The school’s management in a later statement debunked the claims stating that the student died from injuries he suffered while playing football with his colleagues.

However, the parents of the boy, “The Oromonis’, have confirmed the cousin’s story and claimed that their child was matcheted and brutalized.

Actress Tonto Dikeh has therefore dared to challenge the management of Dowen College over the death of the boy.

Tonto in a post shared on her Instagram page, said she is coming for the school authority. She stated that she is gathering all the facts and history of the misfortune.

Tonto Dikeh, stated that children cannot go to school to be great and end up 6feet below.

She wrote: “Dear Dowen college I have been informed, I am coming… I am just gathering all the facts and history of this misfortune together then we will talk…Don’t go on where our children can’t go to school to be great and end up 6feet below. God forbid that’s not why we trust schools”.